At the Labour Party’s presidential rally in Ibadan, Oyo State, a guy was discovered brandishing a dagger.

While waiting for the Labour Party’s flag bearer to arrive at the campaign location, Peter Obi’s supporters spotted a man in a suit and tie standing on the sidewalk where Obi was supposed to pass.

It is not clear what made them search him but, when they did, they found a dagger hidden in his clothing.

He was asked his name in Hausa and was also asked why he was at the event with a dagger but he was not forthcoming with information. 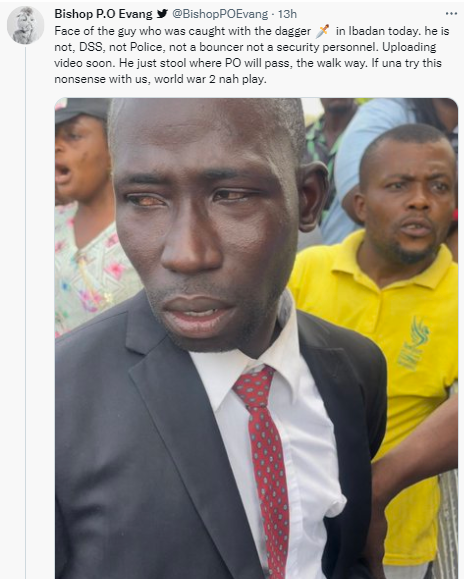 Follow Me!
David Beckham is “open to talks” about purchasing the football team...

Players from Japan praise Saudi Arabia after they defeated Germany 2–1 and...
Scroll to top