Actor Junior Pope took to Instagram to reveal that his domestic staff strangled his family dog.

He said because of his wife’s instinct, she refused to leave the kids with the house help.

He said he later discovered the help had been conspiring with the cleaner to steal bowls of soup and stew from their refrigerator.

He added that the domestic help recently strangled their dog to death while they were away from home.

He didn’t explain how he discovered the help was responsible for the dog’s death.

He went on to say that his wife was very kind to the help yet she had the heart to ”hurt the family.”

He warned others to be careful of who they employ. 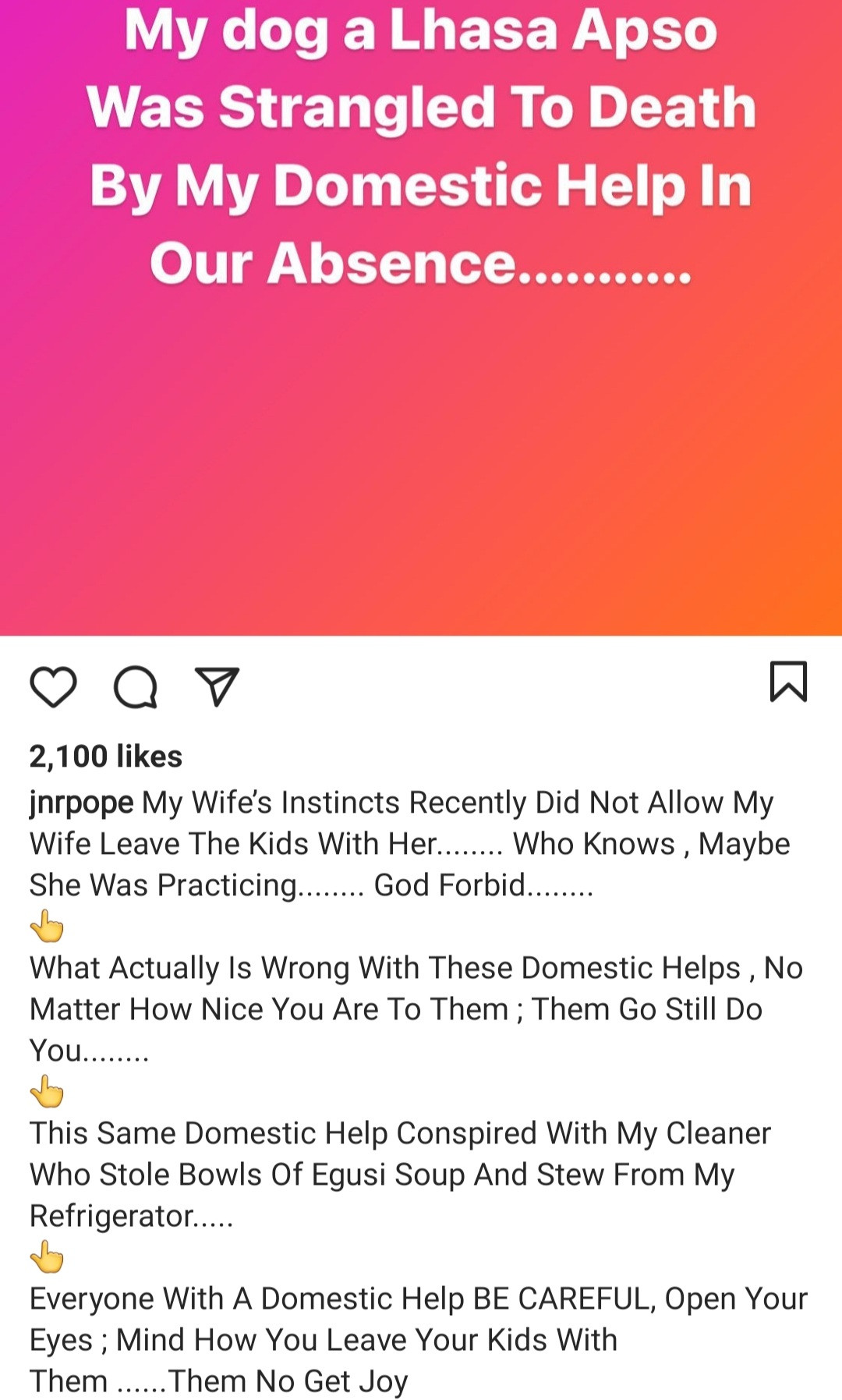 Follow Me!
Banditry is not coming down, there’s a lull because we are observing Ramadan...