Tonto Dikeh took to Instagram to lend her voice in calling for Ghanaian actress Akuapem Poloo to be freed after she was sentenced to 3 months in jail.

Akuapem was sentenced last week for posing naked in front of her 7-year-old son to wish him a happy birthday.

After her sentencing, a number of people began campaigning for her to be freed and they created  a hashtag.  Tens of thousands have signed a petition, calling for her sentence to be reduced.

She acknowledged that Akuapem did wrong but said she should be given a lighter sentence. 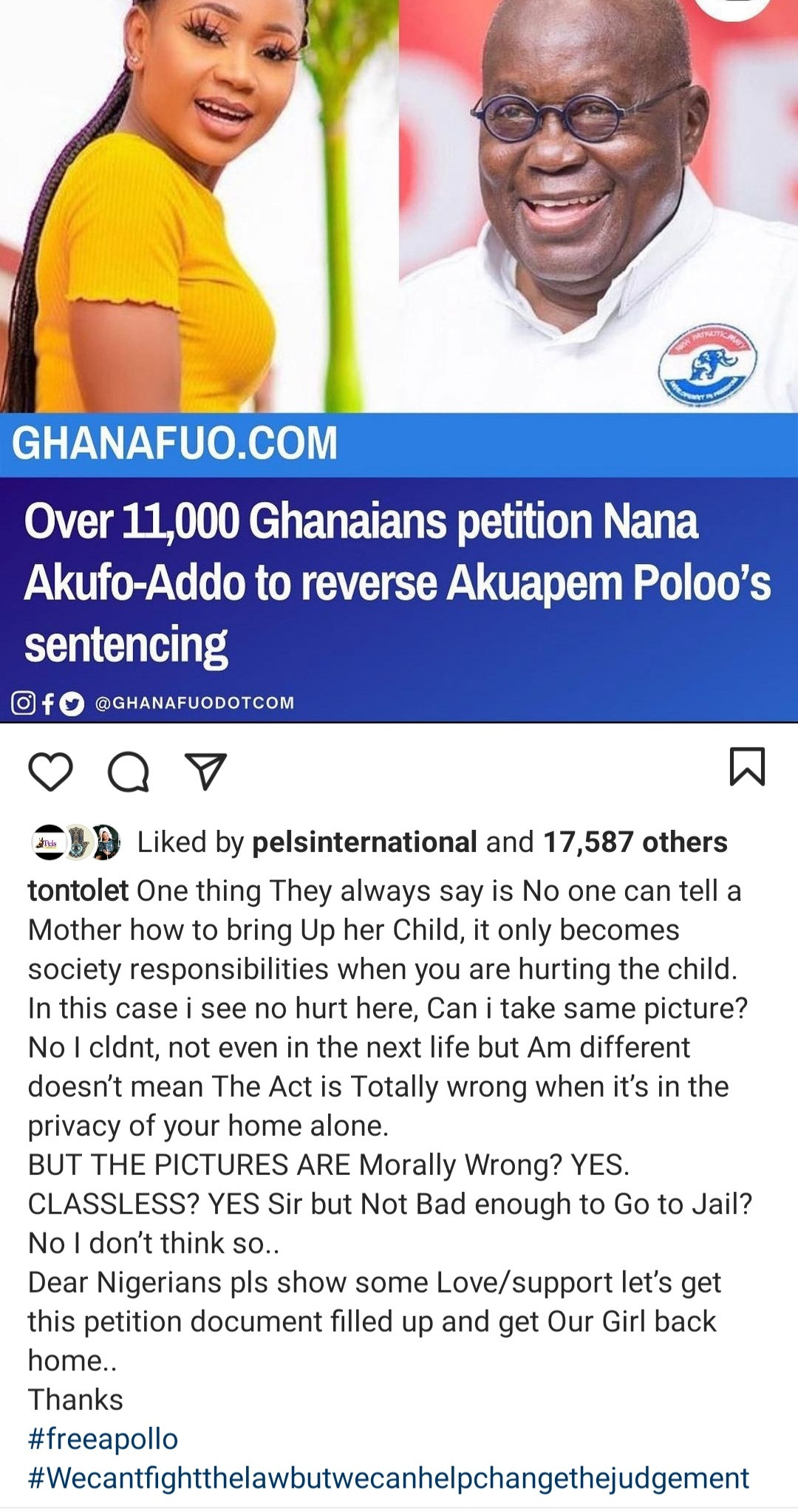 Well, Nollywood actor, Ugezu J Ugezu didn’t agree with Tonto and he said so in the comment. He told Tonto that there are more “devastating conditions” in Nigeria needing her voice.

Tonto replied, telling him that she understands his point but there’s no crime in her using her voice to call for justice to be tempered with mercy.  She advised him to use his voice in doing the work other artists ignored in their bid to support a fellow artist. 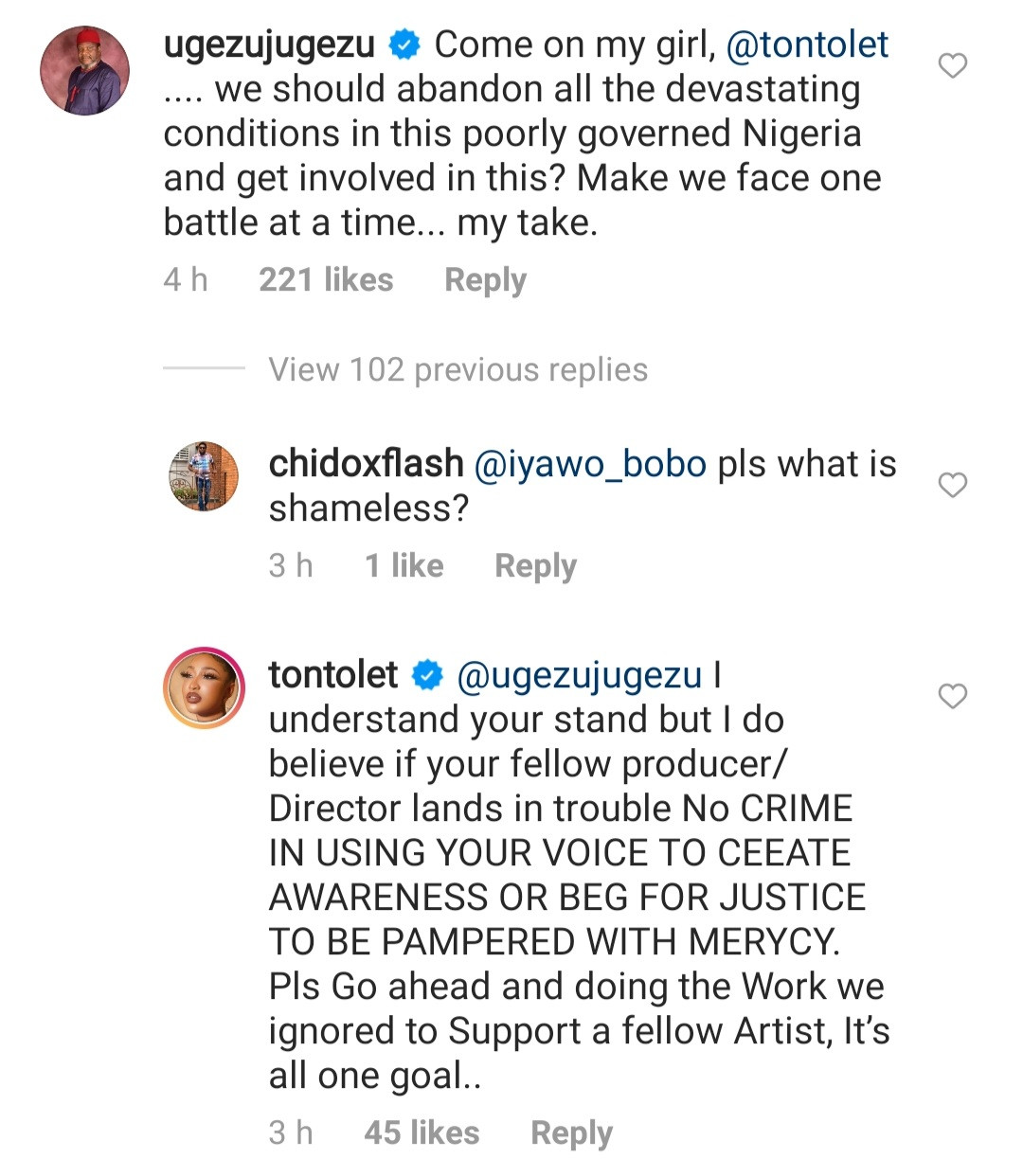 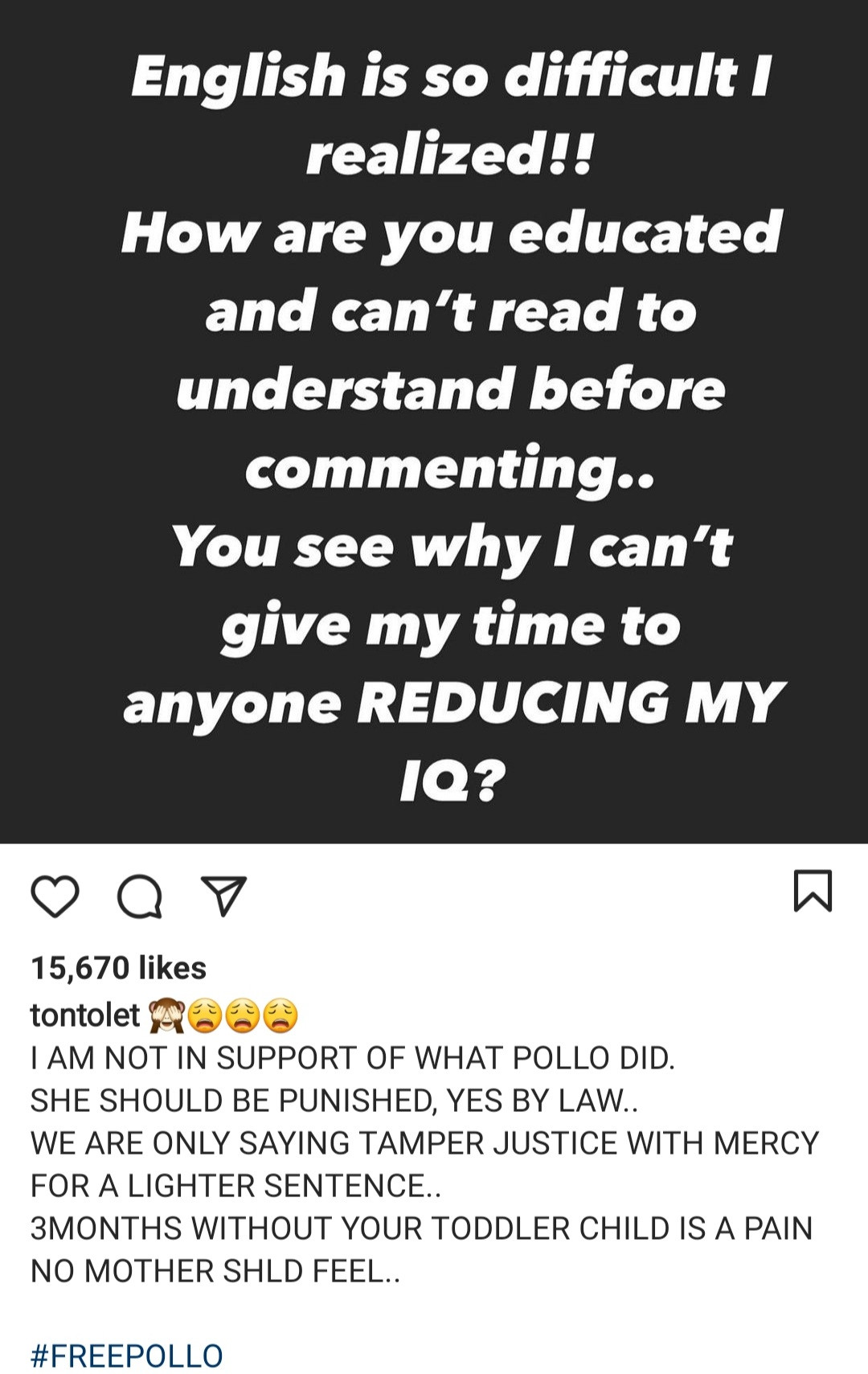 Follow Me!
Woman in her 20s allegedly raped by gang of men in Manchester park

Senate to probe CCT chairman, Umar, over alleged assault of a security guard...
Scroll to top