Ghanaian actress, Akuapem Poloo,  who was sentenced to 90 days in jail before she was released on bail, has shared screenhsots of messages she received from Nigerian celebrities after she was convicted.

She shared the messages to thank those who stood by her during her moment of trial.

Nigerian actress, Mercy Johnson, sent her a message, asking how she could help her.

Singer, Mr Eazi also sent a message, telling her that he wants to get her a new lawyer to better handle her case.

Akuapem thanked Mercy and Eazi for their support.

See the messages below. 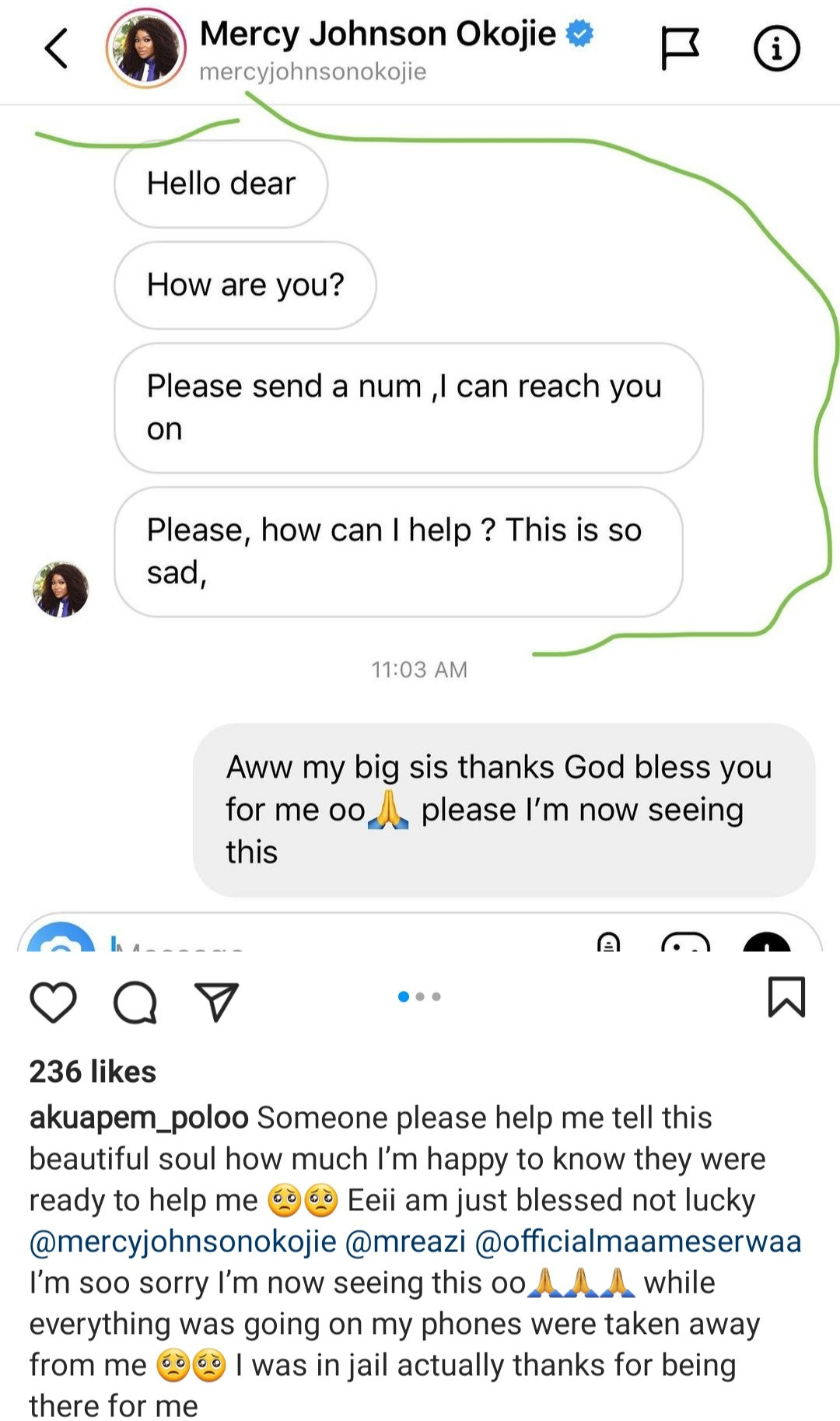 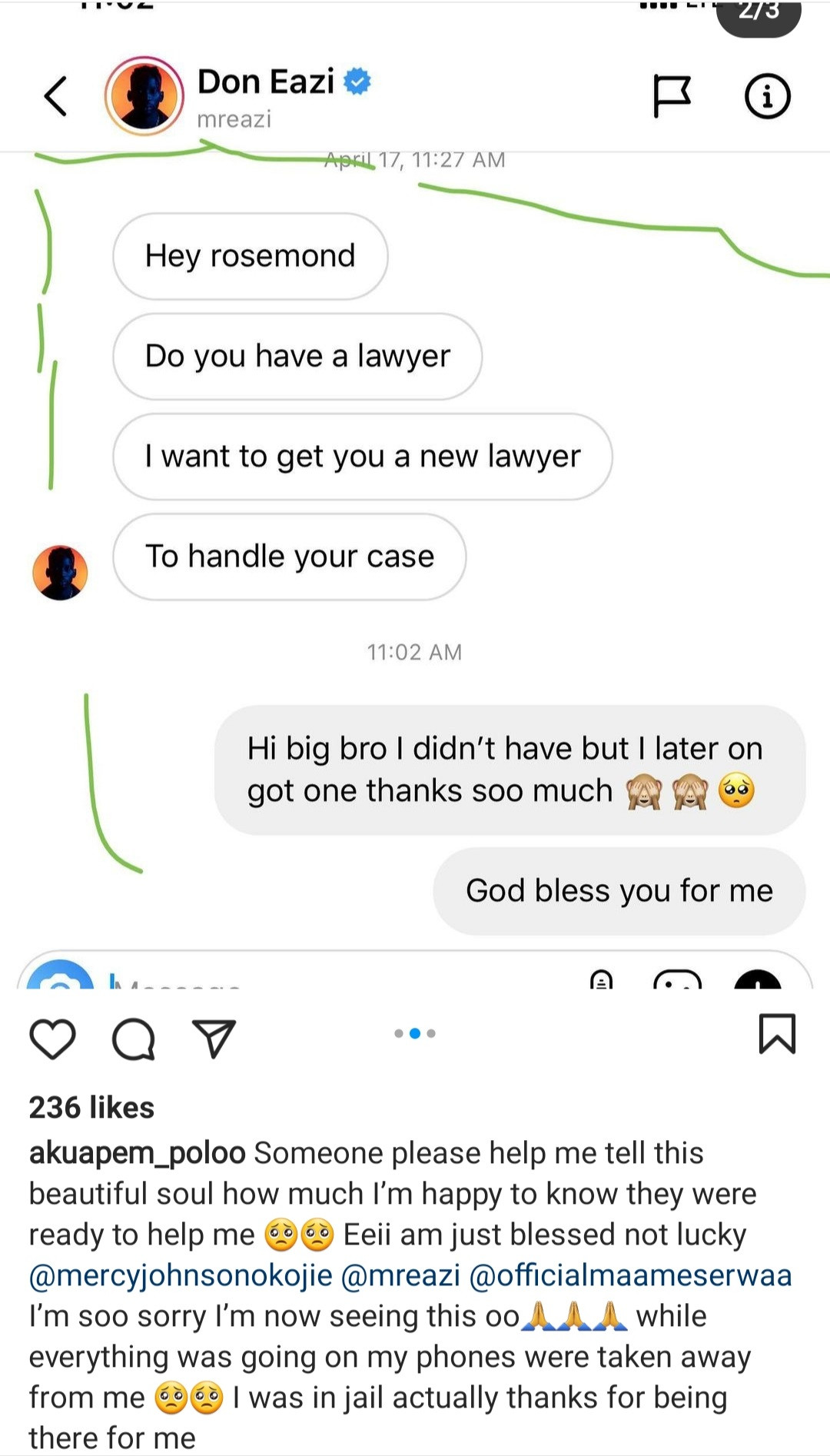 Man charged with attempted murder of boy, 9, who was left with horror injuries...
Scroll to top