Antonio Rudiger has spoken out following his bizarre altercation with Paul Pogba during Germany’s Euro 2021 defeat against France in Munich last night.

The Chelsea defender appeared to make contact with his mouth on France midfielder Pogba’s back in Tuesday’s Group F opener. Manchester United midfielder Pogba initially reacted in shock, but later insisted that Rudiger should face no punishment.

Rudiger has now come out to clarify the situation, revealing that he has spoken to Pogba about the incident and that there is no bad feeling between them.

‘I should not come close with my mouth to his back, no doubt about it,’ Rudiger said. ‘It looks unfortunate. Paul and I have talked about it as friends after the final whistle.’

Referee Carlos Del Cerro Grande and his team of officials took no action during the encounter, and Pogba quickly insisted after the match that he agreed with that stance. 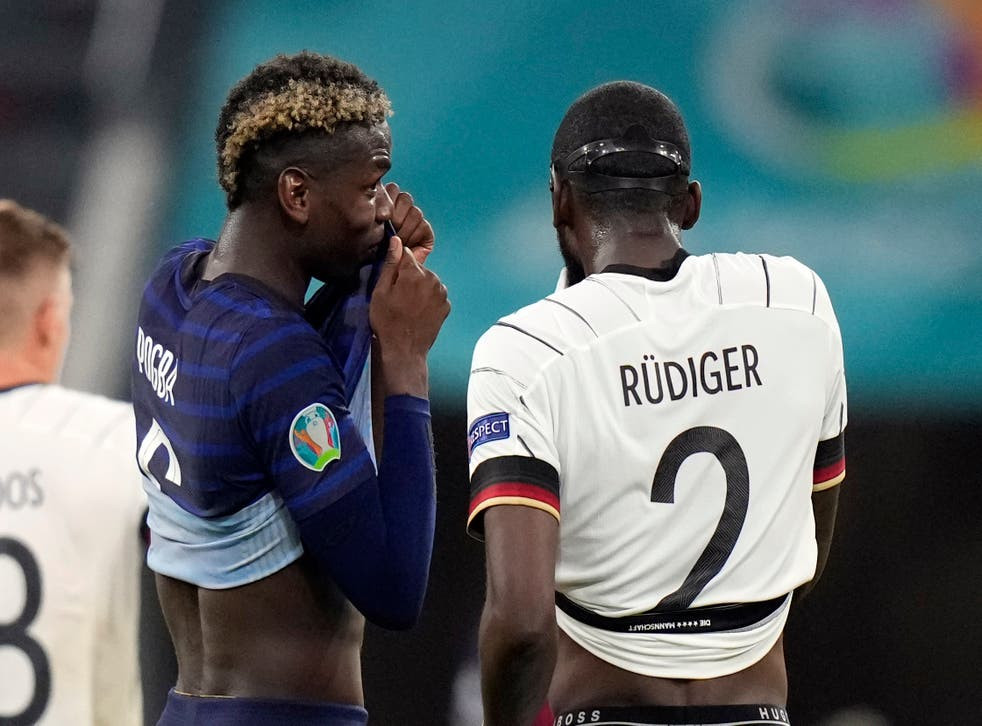 ‘I’m not crying for cards, yellow, red cards, because of such actions,’ said Pogba. ‘He nibbled, I think, a little bit on me. But we have known each other for a long time.

‘I told the referee and he takes decisions and he took a decision. It’s over. It was a great match for us, and I didn’t want him to be suspended because of such a situation.

‘It was towards the end of the match. We hugged each other and that’s it.’