Big Brother Naija star, Tega has been spotted out with other former housemates after a friend claimed she’s no longer reachable after she deactivated her social media accounts on October 6.

The friend had expressed fear of the married reality show star being safe, claiming that Tega has been threatened and abused online. 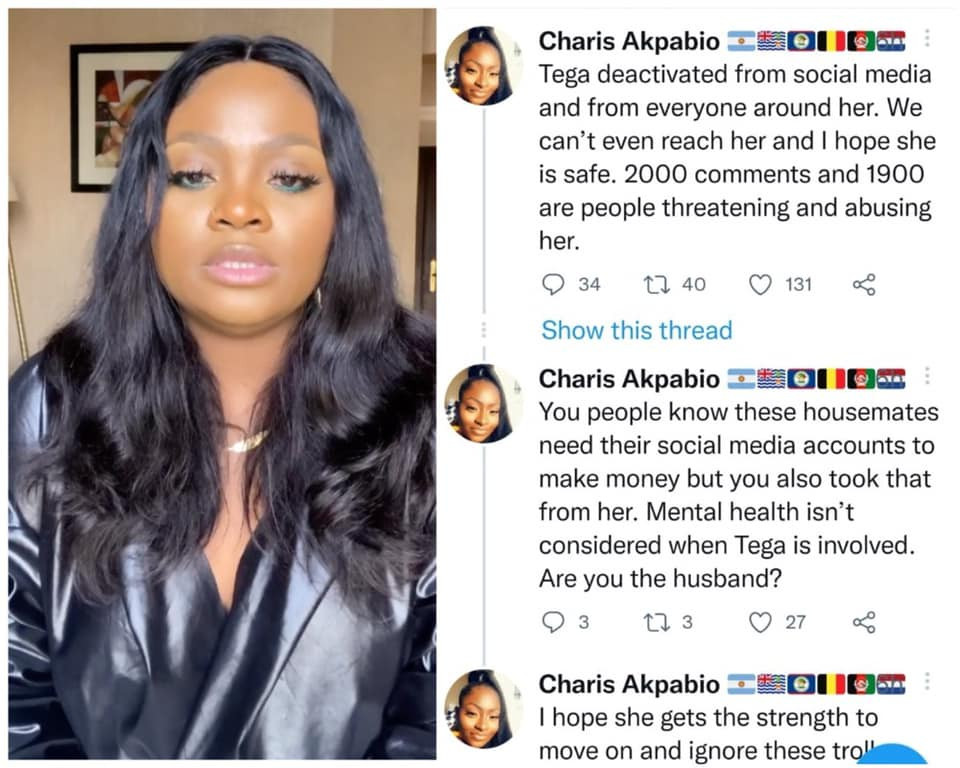 Tega was spotted out with fellow former housemates on the reality show on Thursday October 7, and she was seen smiling as she had a conversation with some of them.

Follow Me!
We wanted Messi to play for us for free – Barcelona president, Joan L...