One of the four close friends who went missing in Kenya has been found dead ten days after they mysteriously disappeared.

Jack Anyango,37, Elijah Obuong, 35, Benjamin Amache Imbai, 30, and Brian Oduor,36, vanished into thing air after sharing a lunch of nyama choma (roasted meat) and drinks at a local pub in Kitengela on April 19,2021.

Their car, a white Toyota Mark X, was found andandoned at a parking lot about 500 metres from the the club the following day.

The body of Elijah Obuong was found in a morgue in Murang’a County on Thursday, April 29. It was identified by the deceased’s younger brother Michael Amollo at around 10:40am, who said the body had no visible injuries. 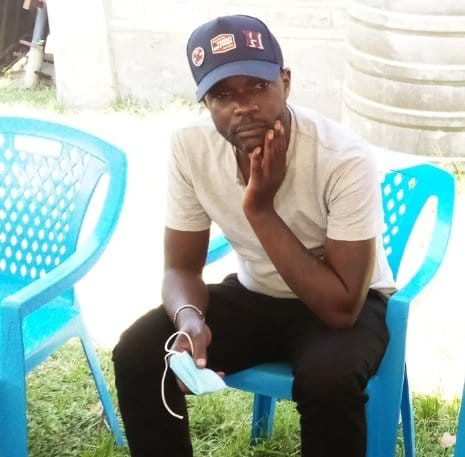 Authorities in the county told the family and members of the press that the body was spotted by sand harvesters near Mukungai River along the Murang’a-Iyego-Kangema road on April 20.

On the day they went missing, the men were spotted arriving at the joint where they enjoyed their meal and drinks. They soon left the club at around 3PM and headed to the parking lot where a Toyota Mark X was parked. That was the last time they were seen and their phones have not been going through.

A search for the three remaining friends by authorities and distressed family members is ongoing.

The Nation Kenya reported that the four men lived in the fast lane and had a history of run-ins with the law.

The Nation also established that the quartet lived large and spent their fortunes on fast cars, women and alcohol.

Benjamin preferred “the finer things in life” and was always out with his friends partying, his younger brother said.

“My brother had a soft spot for the finer things in life. He has a child from a previous relationship but he had a fiancée. He was in the car hire business and could be a victim of circumstances,” said Mr Elvis Imbai.

Elvis had accompanied their father to Benjamin’s apartment at Everest Estate in Athi River. They had earlier visited the Athi River Directorate of Criminal Investigations offices for an update on investigations.

“My brother owned several SUVs, which he hired out regularly. The business could sustain his lifestyle; he was not a criminal. It’s true he has been to several police stations, but that had to do with his business. He lost three vehicles mysteriously between 2016 and 2017 to clients,” said Mr Imbai.

Police records, however, place Benjamin at the centre of a crime committed on January 11 last year when a gang of seven broke into a car and stole Sh900, 000 at a yard on Ngong Road.

Benjamin was reportedly among the gang that had trailed the victim from KCB Buruburu branch to the yard, where he had intended to buy a vehicle. The victim had left the cash in the car to negotiate with the dealers. He also had another case at Mavoko Law Courts and his last appearance was December 10 last year.

Elijah also lived like a king as he always drove SUVs and told his friends that his lifestyle was supported by a relative working abroad.

“It’s wrong for people to insinuate that my son was a criminal. Most of our relatives work abroad and they have always supported him. A day before he disappeared, he sent me Sh30,000 for the weekend,” said Ms Caroline Obuong, his mother, at her home in Kitengela’s Milimani Estate.

Follow Me!
“I am not impressed with copy drawings” Pastor Leke Adeboye reacts...

I knew this would happen, hence I have been pushing for this case to be brought...
Scroll to top