A footballer has been arrested for kicking a referee on the head and appearing to render him unconscious during a match in Brazil.

William Ribeiro, who plays for state-league club Sao Paulo RS, committed the attack while playing against Guarani on Monday, October 4.

His team had just fallen a goal behind in the game when he violently kicked official Rodrigo Crivellaro, who was quickly rushed to hospital after being knocked out unconscious.

It remains unclear why Ribeiro lost his cool on the night, with both sets of players forced to restrain him as he kicked a helpless Crivellaro.

An ambulance quickly drove onto the field and took the referee to hospital in Venancio Aires, near Porto Alegre in southern Brazil. 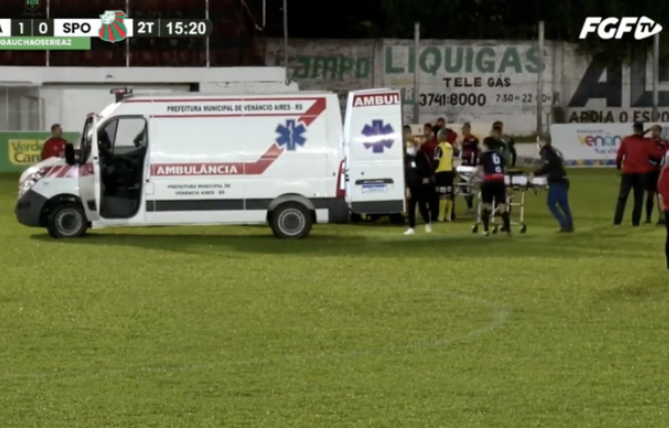 Reports emerged later that evening confirming he was conscious while being looked after by doctors at the hospital.

The match between Sao Paulo RS and Guarani was abandoned with half-an-hour still to play and is expected to resume at 5pm on Tuesday, October 5.

Both clubs have sent messages of support to Crivellaro, with the intern in charge of Sao Paulo RS’s Twitter writing: “The match is suspended. No championship is worth a life. I reiterate our wish for improvement to referee Rodrigo Crivellaro. NOTHING, kids, NOTHING justifies aggression.

“We’ll see what happens next, whether the match will be closed or rescheduled.

“The intern stays around here, sad, embarrassed and p***ed off like all of you with this cowardice that happened today in Venancio Aires.

“We are rooting for the match referee’s recovery.” 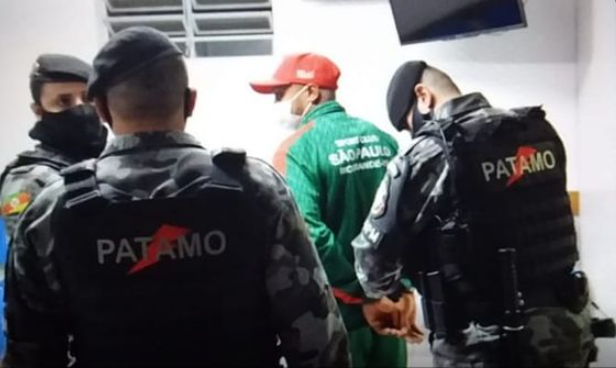 “After what happened, Guarani is providing all the support for the referee, with immediate assistance from an ambulance and a doctor.

“The Guarani of Venancio Aires despises any acts of violence, whether on or off the pitch.

“Now we all hope that Crivellaro’s recovery is as quick as possible. The club will provide all possible support for the referee and the family.”