Governor of the Central Bank of Nigeria (CBN), Godwin Emefiele was in attendance during the unveiling ceremony. 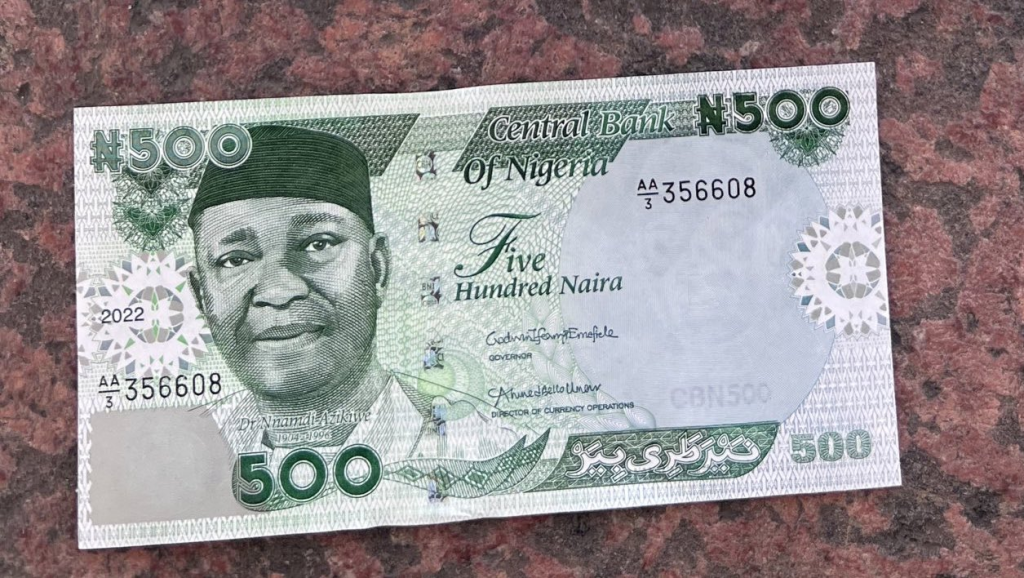 Meanwhile, at a briefing after the ceremony before the Federal executive council meeting, the CBN governor debunked insinuations that the early unveiling of new notes is a means to target any Nigerian.

Mr Emefiele appealed to members of the public that there is no need to perpetuate any such information.

According to him, the CBN will intensify the monitoring process and interrogate the process of withdrawals.

He maintained that there will be heavy restriction on the volume of cash that people can withdraw over the counter, as it works with the EFCC to monitor the purpose of any heavy transactions.

The redesigned currency note he asserts can never be counterfeited, adding that to forestall such occurrence he states that the CBN redesign the notes after every five to eight years.

Following the unveiling of the new note which begins circulation today, the CBN governor announced that the CBN is now more determined to make Nigeria a cashless economy, as in other climes.

Religion leaders are urged by Adebayo not to participate in improper political...
Scroll to top