Brazil’s ten-game winning run came to an end after Ecuador earned a 1-1 draw in their final Copa America group game in Goiania.

Brazil had already booked their spot in the next round as group winners but following Sunday night’s game, Ecuador joins Brazil in the final eight after Venezuela’s defeat to Peru. 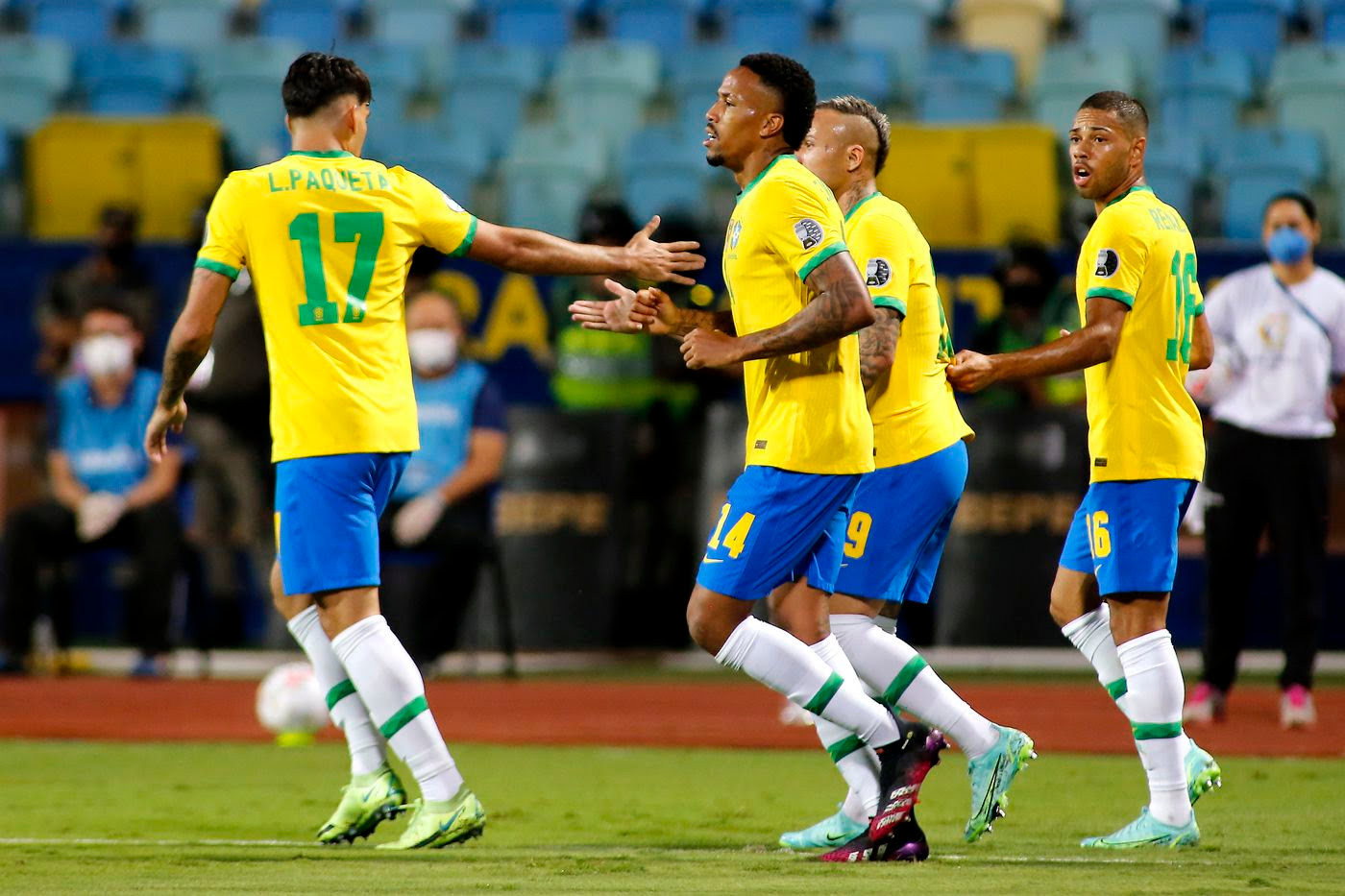 Renan Lodi broke clear down the left and looked to be bundled over inside the box within the opening minute but the referee didn’t give a penalty.

Brighton’s Moises Caicedo was then stretchered off on 17 minutes with a knee injury in a blow to Ecuador.

Ecuador skipper Enner Valencia came close to scoring the goal of the tournament after seeing that goalkeeper Alisson was off his line.

He then sent a shot from the halfway line but it landed on the roof of the net.

Gabi had a one on one attempt with goalkeeper before Lucas Paqueta sent a shot inches wide from the edge of the area.

Brazil broke the deadlock on 37 minutes through Eder Militao who powered a header back into the top corner his first ever goal for Brazil.

Ecuador then equalised eight minutes into the second half after an initial corner was headed clear by the Brazil defence but it was helped back into the box by three consecutive Ecuador headers.

Substitute Mena smashed the shit beyond Alisson from six yards.

Follow Me!
Nigeria’s population will become a liability if we don’t get it...

‘Hopefully, he can find his peace and stop worrying about me – Luke...
Scroll to top