Daddy Freeze doesn’t agree with Mary Remmy Njoku’s statement that men who pay bills aren’t doing their wives or the mother of their kids a favour.

I’m struggling to understand this.
Two people are working, but only one is paying the bills and it’s supposed to be a partnership?
–
The banality of this in my opinion, suggests a concoction of contradictions, conveying a message which on the one hand recommends partnership, but then on the other, advocates for African men, whilst at the same time seemingly ignoring the benefits of a patriarchal society.
–
Traditional African men don’t ‘partner’ with their wives, they pay bills and consequently own women, who in return serve them, while tolerating polygamy and concubinage.
–
Modernization propounds a social scheme denouncing some of the ‘benefits’ of a patricentric system, in favor of a balance in gender roles and privileges.
–
I find it inequitable to select only the aspects of both constructs that benefit only a particular gender, increasing the responsibilities of the other while depriving them of their dividends.
–
‘Sharing’ instead of ‘paying’ the bills, would have been more appropriate in my opinion.
~FRZ 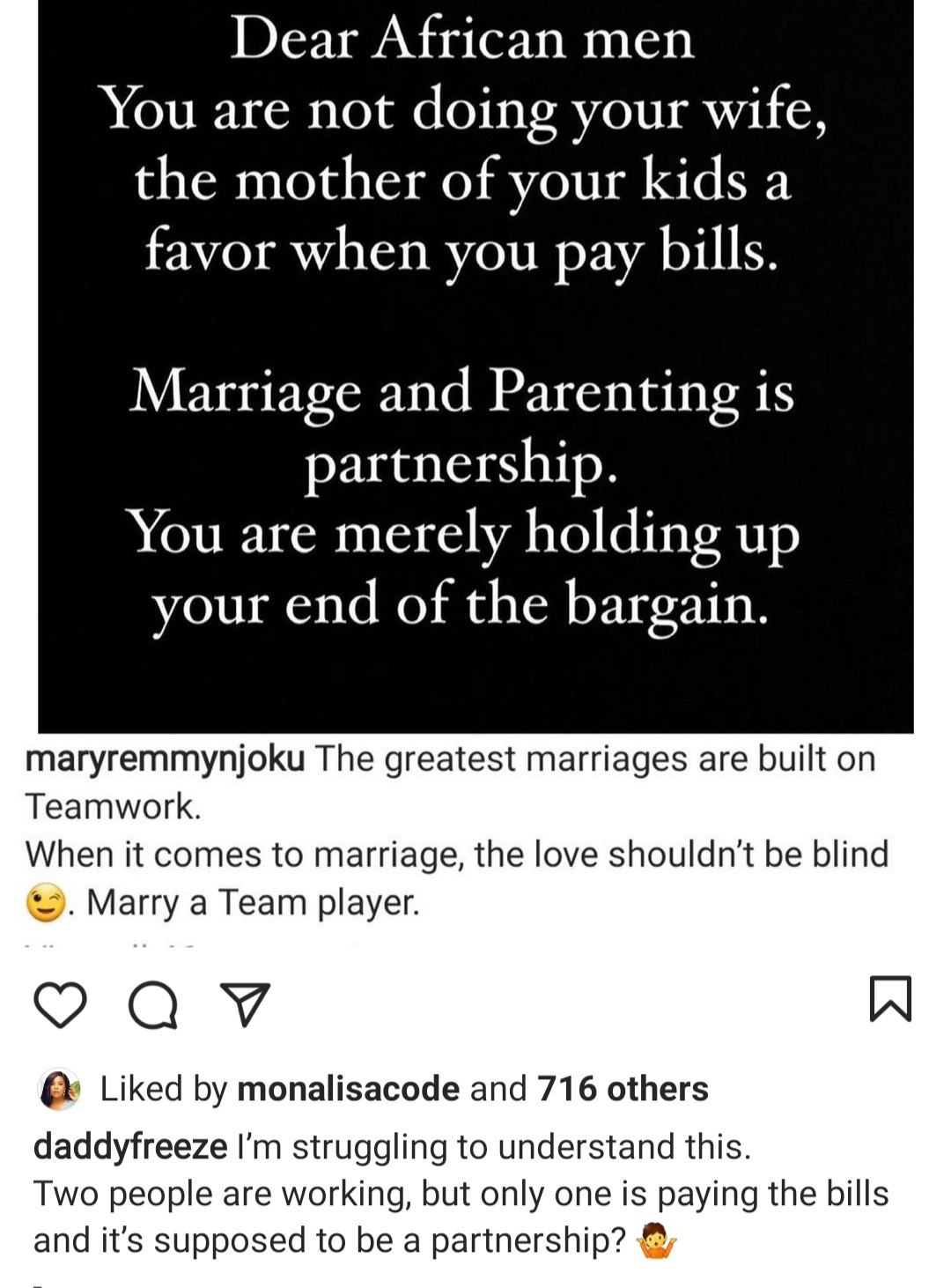 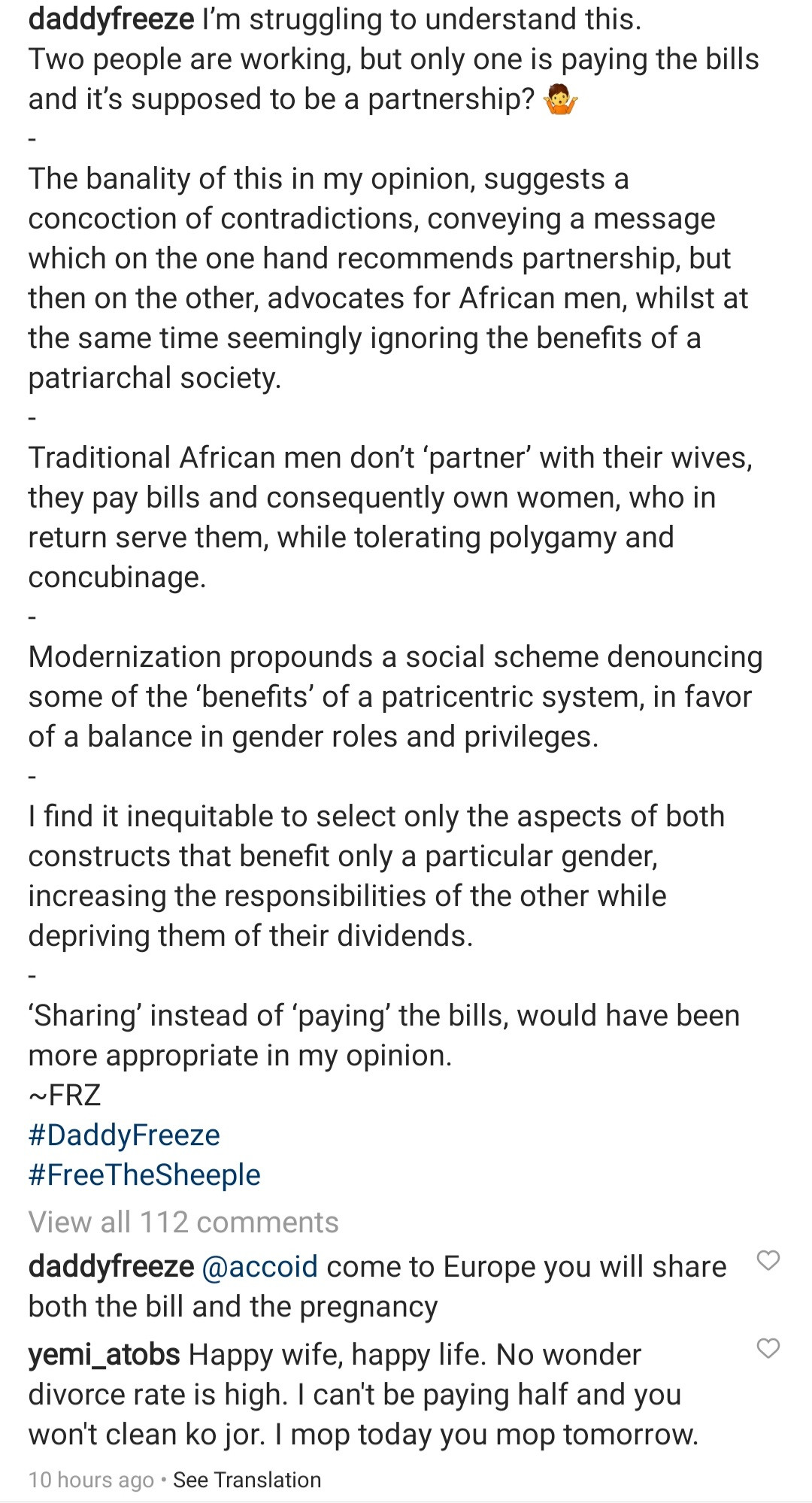 A number of people agreed with Freeze while some disagreed and told him that the man should be willing to share house chores and child care if the wife shares bill payment.