Entertainer, Florence Otedola aka DJ Cuppy has responded to a Twitter user who said her song ‘saved’ his uncle’s life while in a hospital.

According to @chu_chu_ezekwem, his uncle who was in coma for 6 months, got up to switch off the TV when Cuppy’s song was being played.

The comment went viral with lots of likes and retweets and this got Cuppy’s attention. She then responded tagging ezekwem a clout chaser. 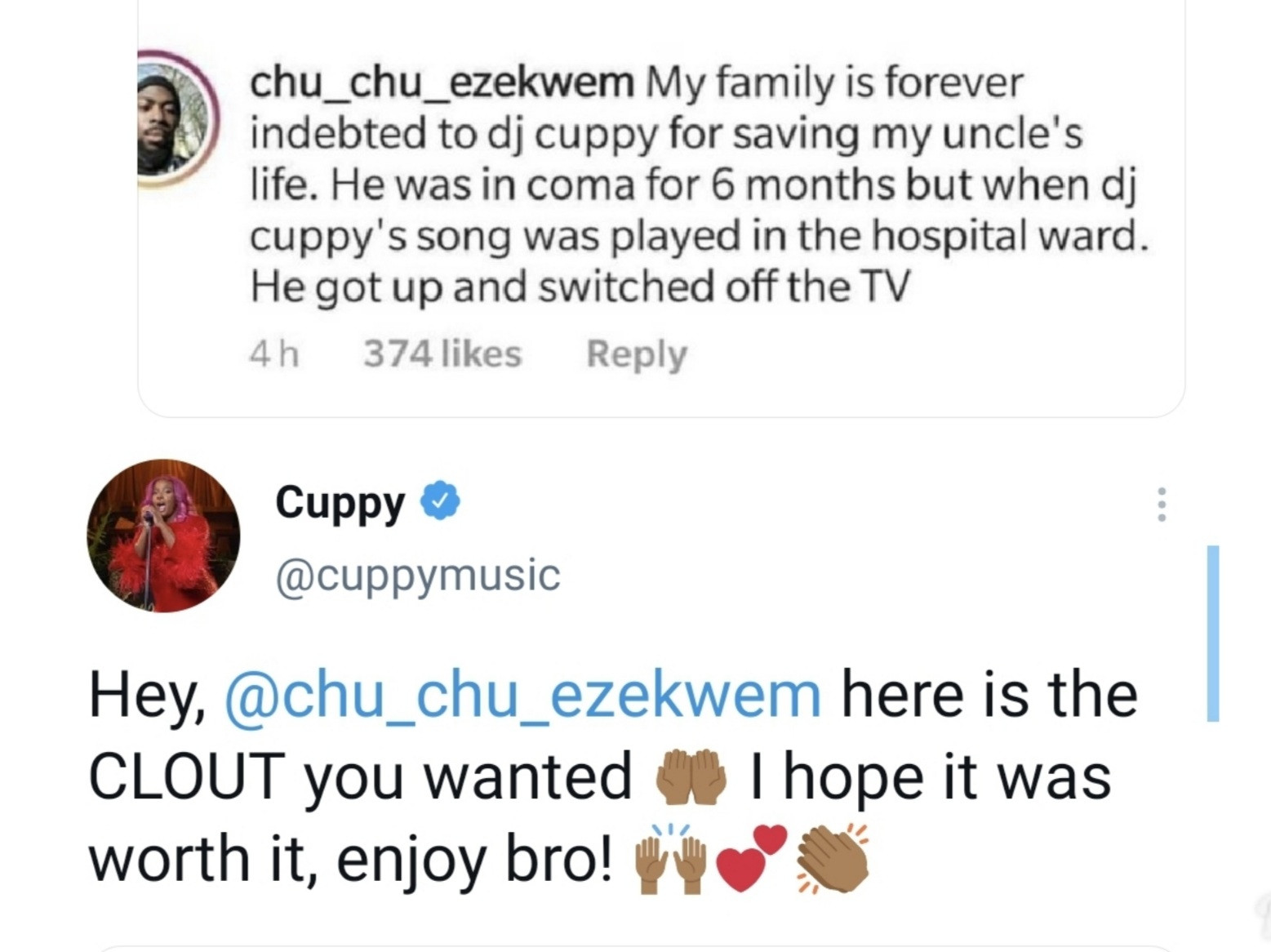 Man hangs himself at in-law’s house after discovering his wife was cheating...
Scroll to top