Elon Musk, the richest man in the world, has challenged Russian President Vladimir Putin to a fight.

The Tesla CEO wants to face Putin in single combat and if he wins, Ukraine gets freedom.

The Spaa boss made this known on Twitter though the platform has ceX and Teslbeen banned in Russia. 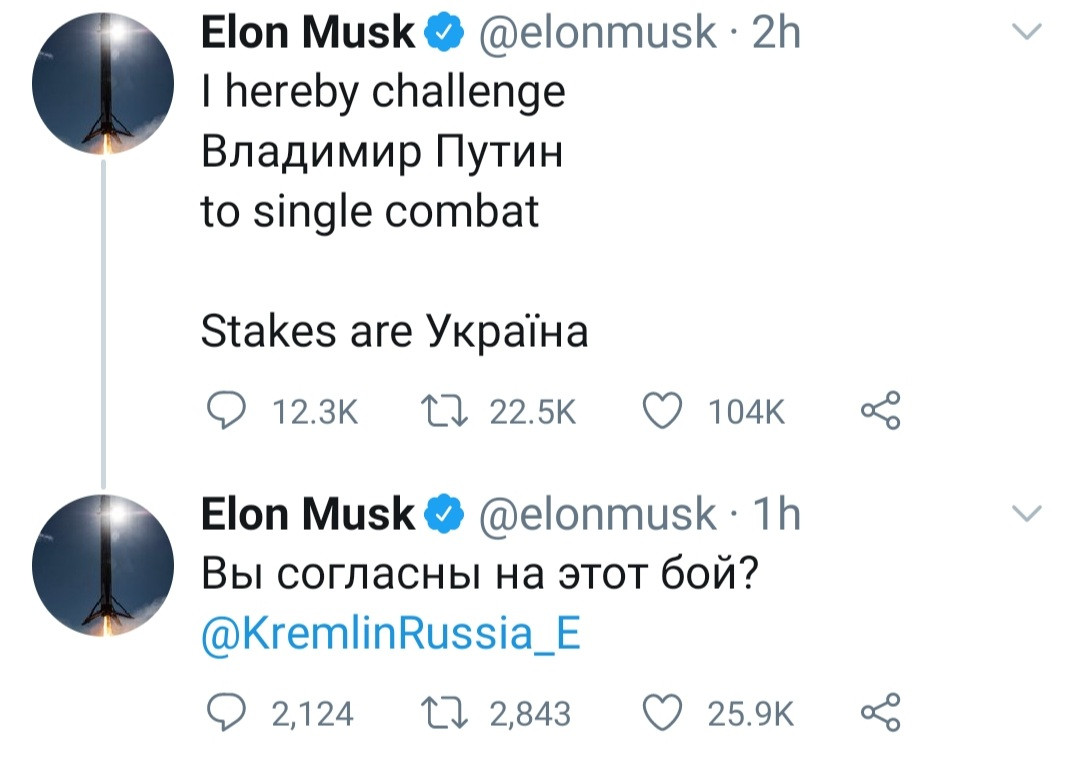 He went on to tag Kremlin to his tweet challenging Putin and asked: “Do you agree to this fight?” 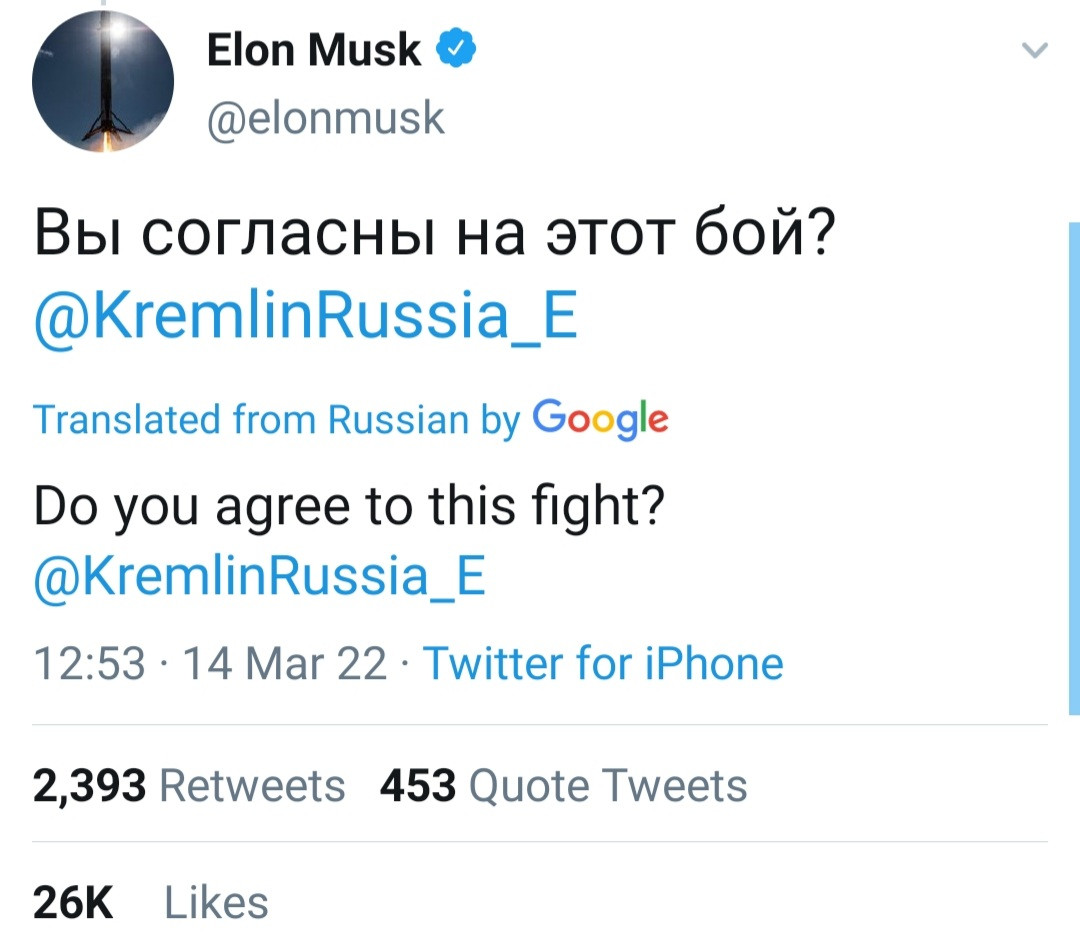 Davido's response to a critic about his show at o2 Arena