Ubi Franklin’s baby mama and his alleged current girlfriend are currently dragging each other on Instagram and they have also dragged Ubi into the fight. 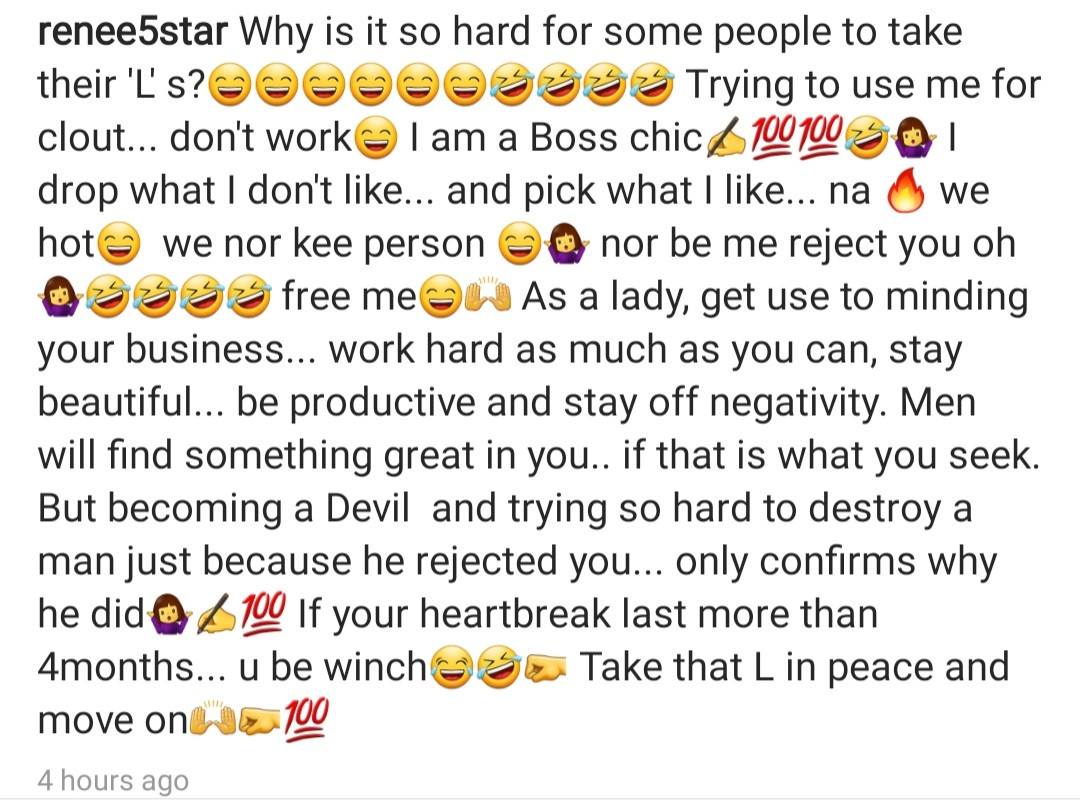 Sandra caught the sub and hit back at Renee. She dared her to “mention her name in that that post” if she’s so sure of herself.

Sandra, who shares a daughter with Ubi Franklin, added: “I have never seen a dumb ass bi**ch in my entire life fighting over an over used washed up man.”

Sandra further accused Renee of using unknown numbers to call her. She also accused her of creating fake pages to insult her children and she shared screenshots as proof.

The screenshots show a particular Instagram user, leaving multiple comments to insult Sandra’s children, including referring to her kids as “children of fornication. ”

Sandra warned that she draws the line when it comes to her kids.

See screenshots of Sandra’s posts below. 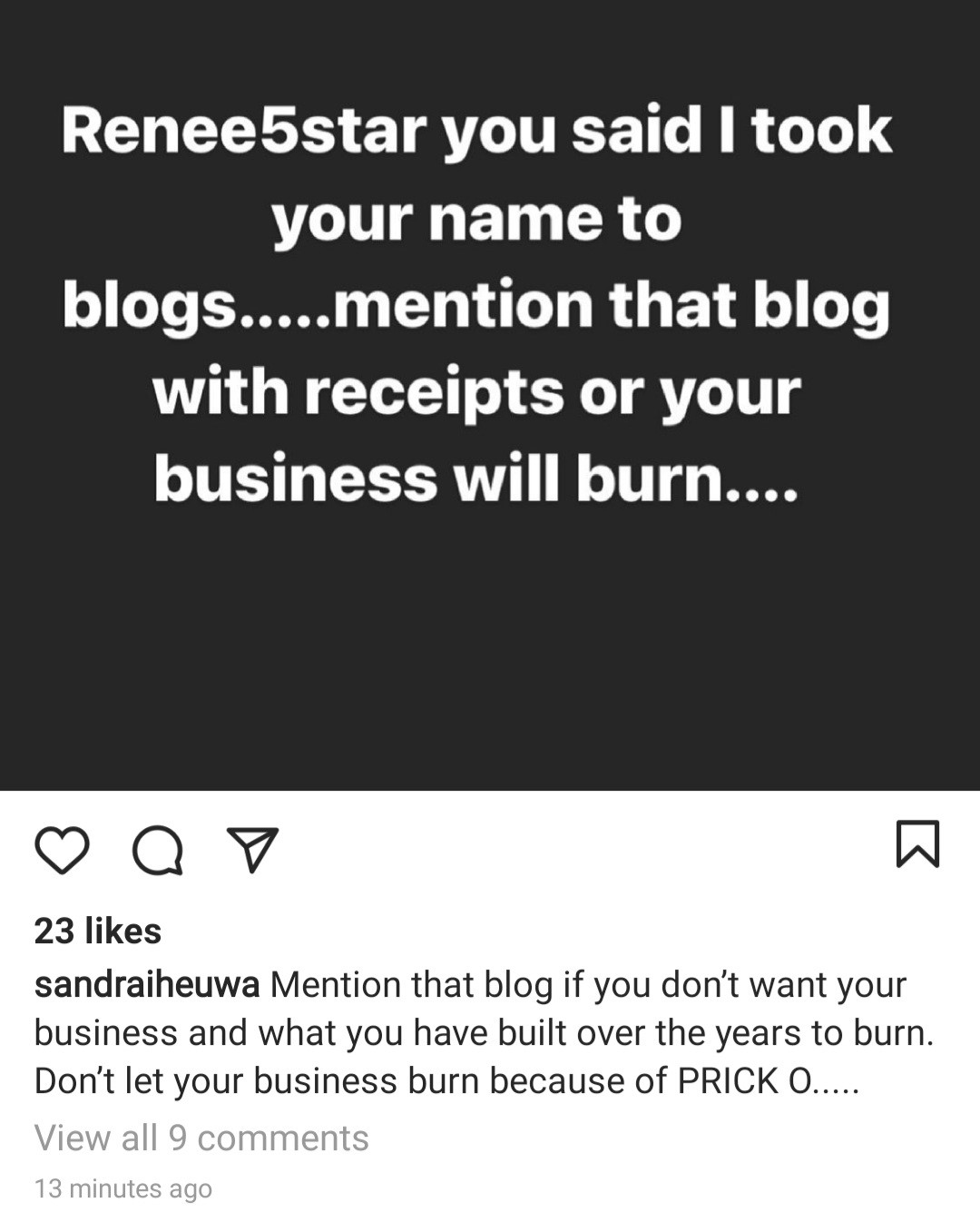 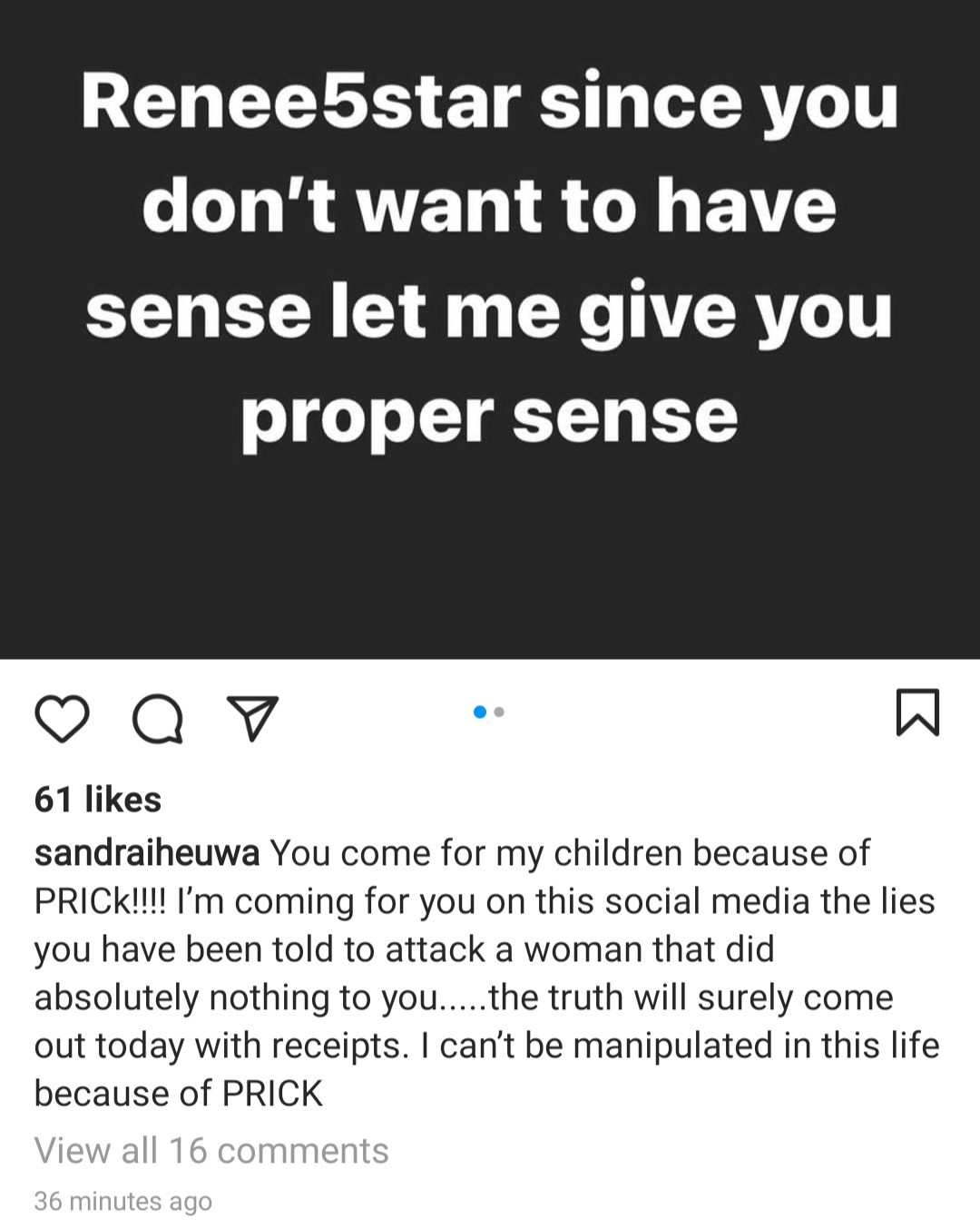 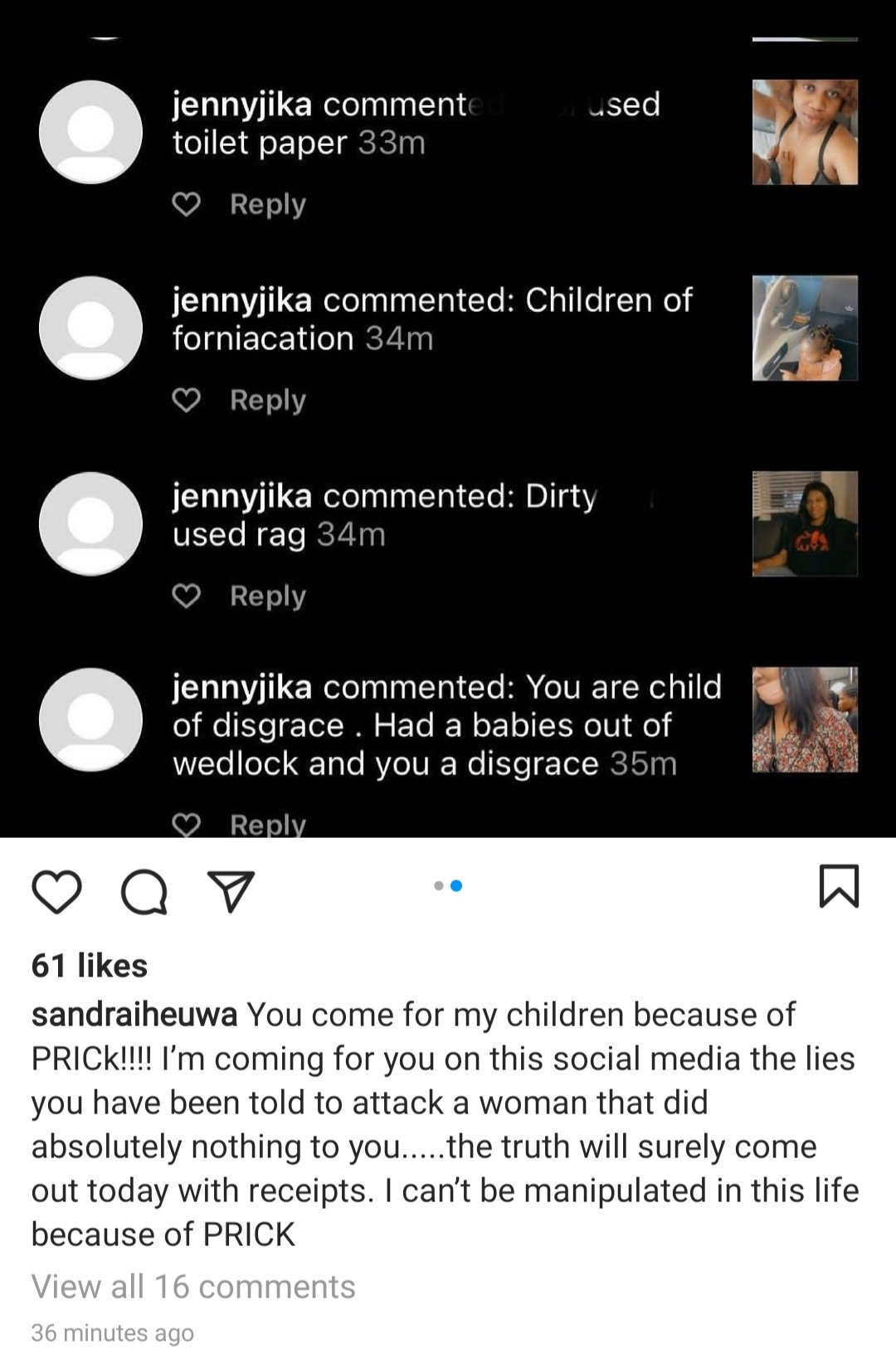 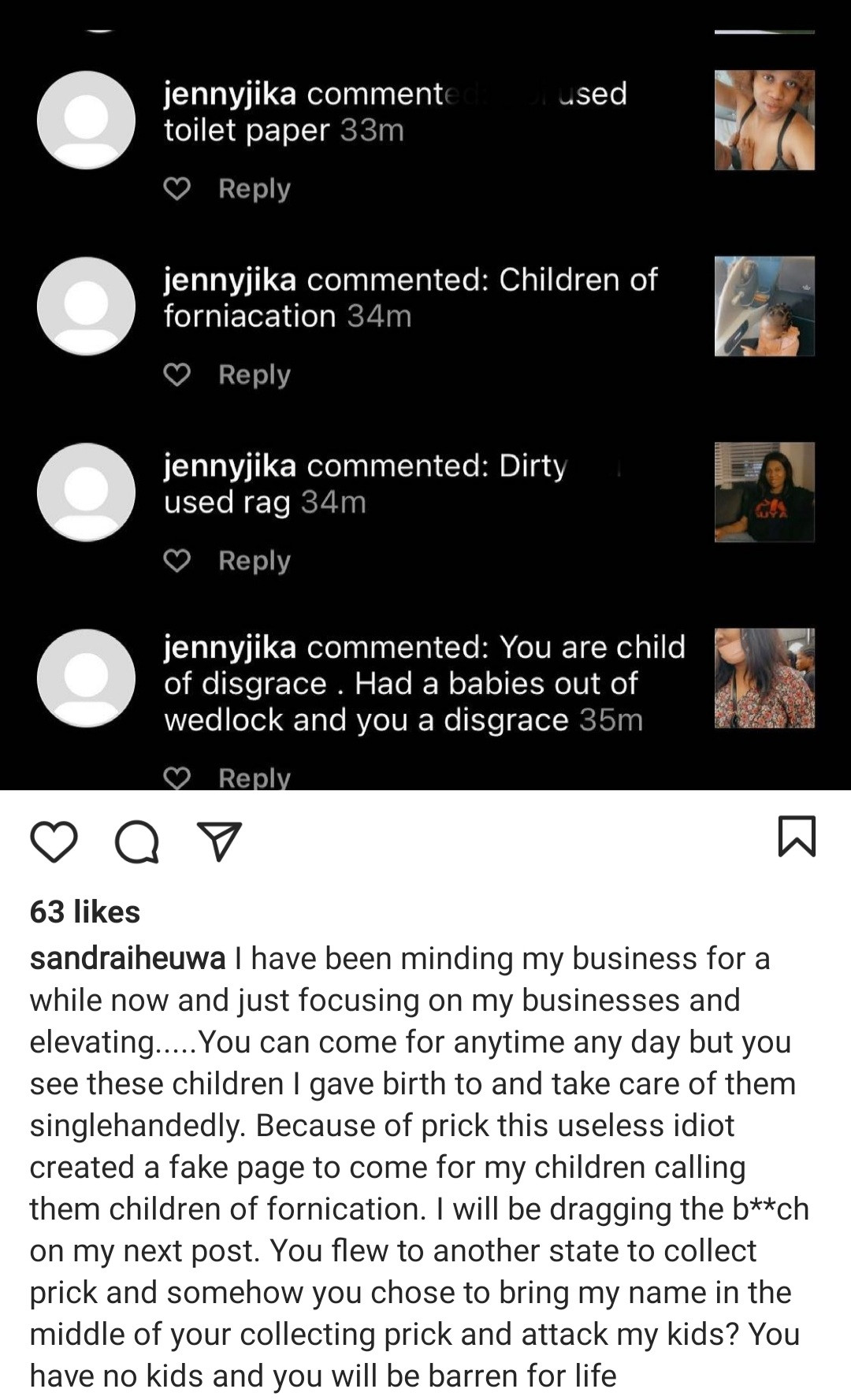 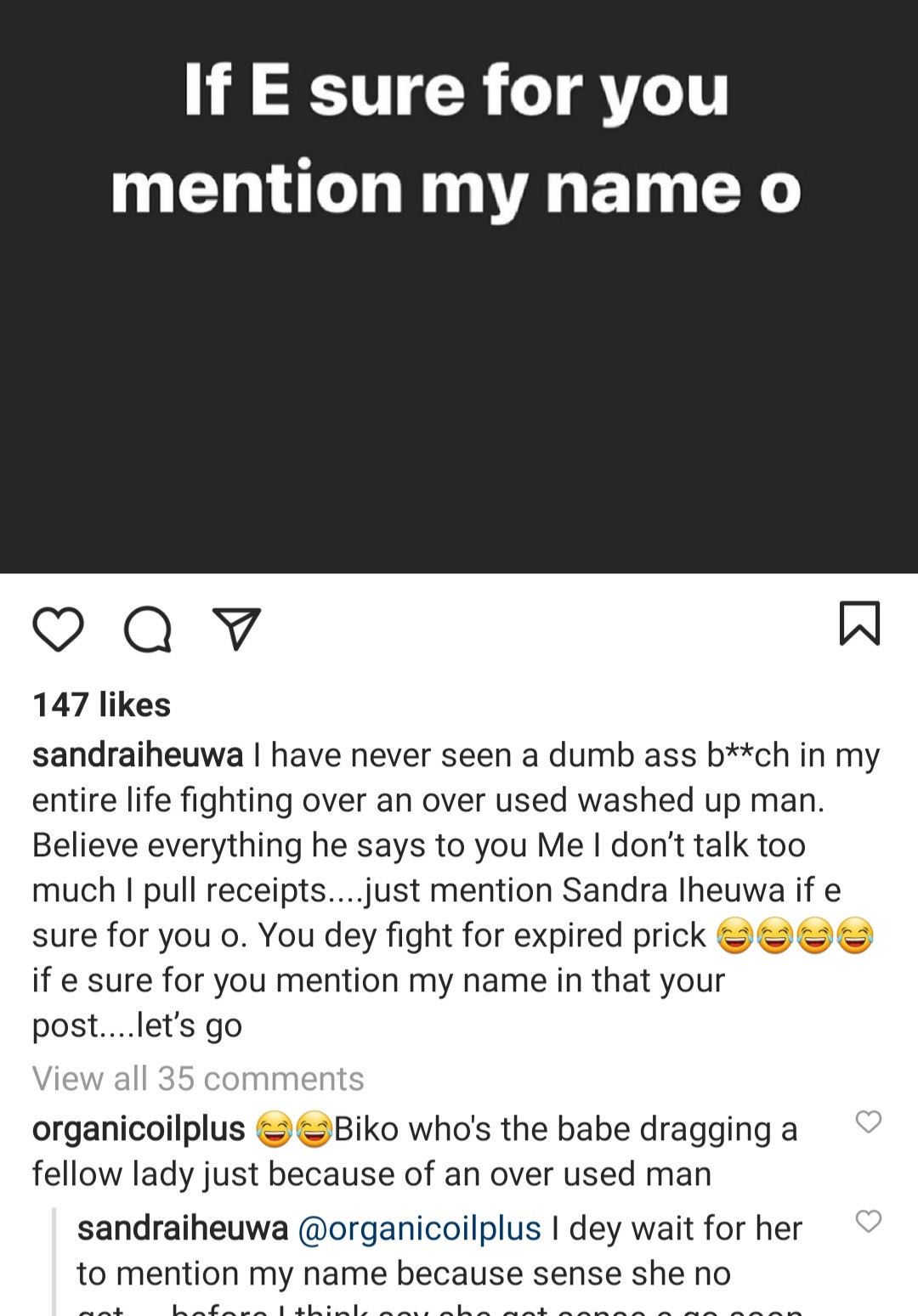 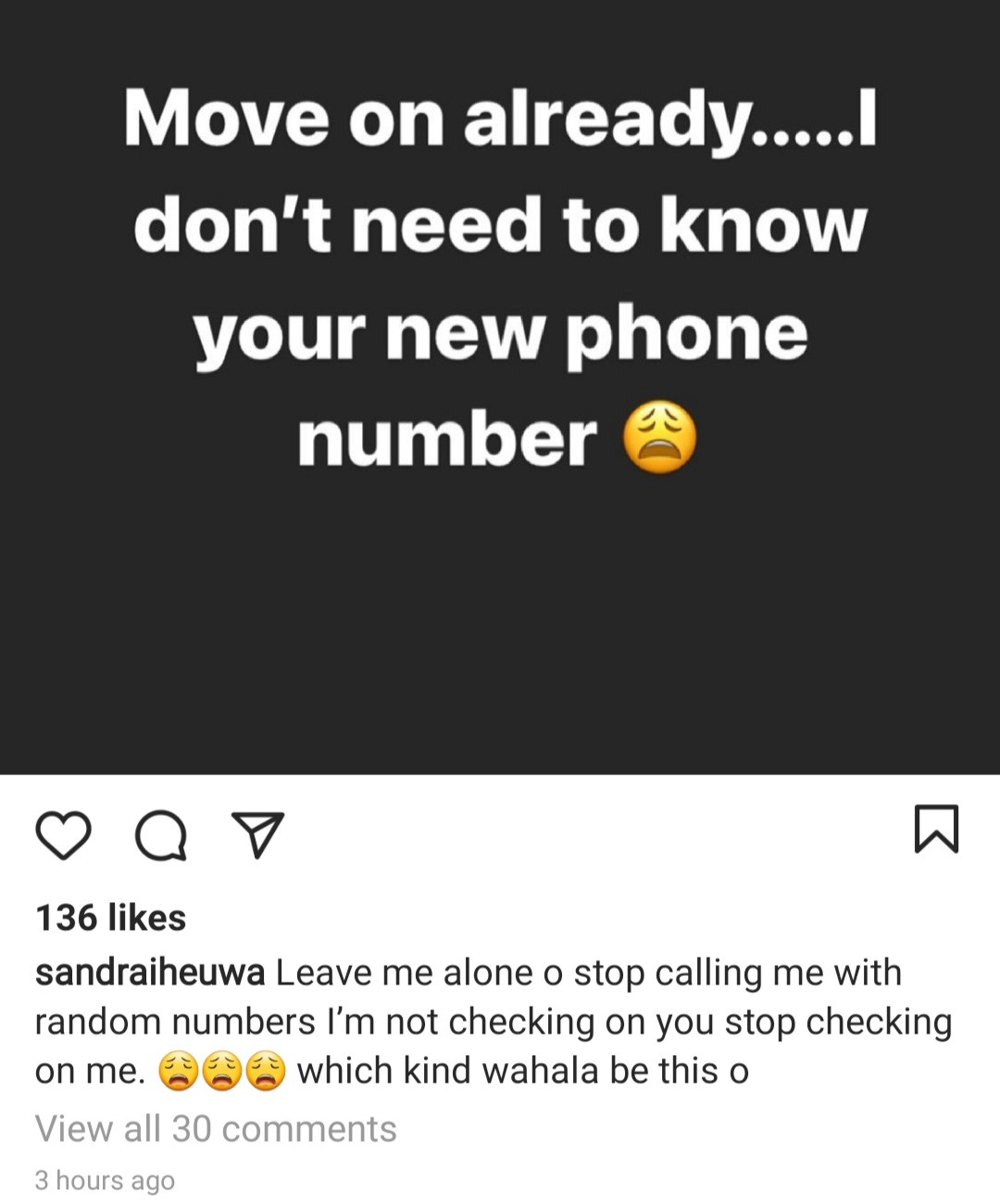