Hot Jollof Rice Hasn’t Sold This Fast; The LucreziaBySujimoto Is Down To 2 Units!

Hot Jollof Rice Hasn’t Sold This Fast; The LucreziaBySujimoto Is Down To 2 Units!
Growing up, many of us only ate jollof rice on special occasions like Christmas, Easter, New Year or maybe on days when mummy was just is in a happy mood. While you’re still trying to process that, it tells you that in many parts of West Africa Jollof rice is a big deal. With its seductive aroma, deep-red colour and spicy flavour, Jollof rice is the undisputed queen of West African kitchens. It is our beloved culinary treasure and a dish from our very heart and soul. But just a whisper the word “Jollof” in West Africa and you could trigger a third world war because determining which West African nation makes the better Jollof is an ongoing matter of local pride and contention especially between Nigerians, Senegalese and Ghanaians. But with our love for Jollof rice, how is it that the LucreziaBySujimoto is now selling faster than our food of national pride, especially in the face of a harsh economy? My guess is that there has to be something really special about the LucreziaBySujimoto to be selling so fast that even those who thought that Sujimoto couldn’t achieve such a laudable feat are shocked at the current speed of completion. 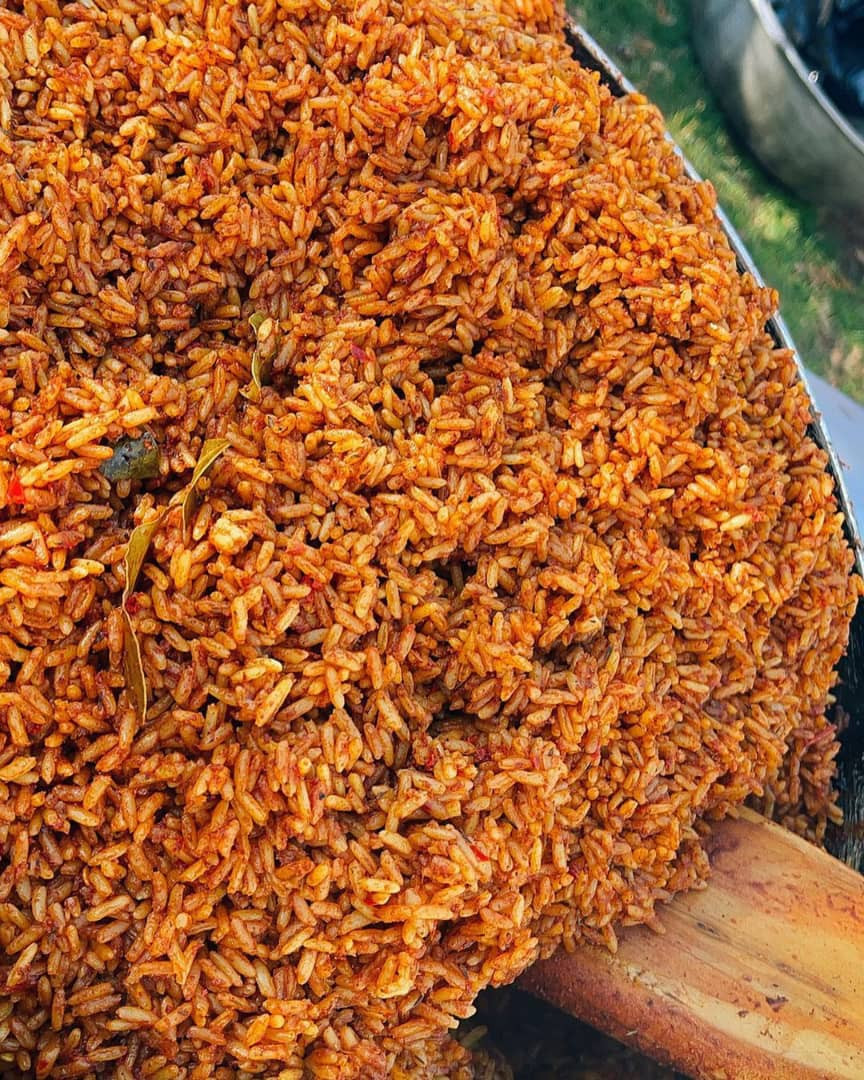 Let me take a moment to introduce you to the LucreziaBySujimoto. Towering 65meters above the ground, the architectural masterpiece, dominates the landscape of Africa’s most

expensive square meter, Banana Island. The 14-storey skyscraper which is the brainchild of Sujimoto Construction Limited, the leading luxury construction company in Africa, is now the tallest residential building in Nigeria’s most expensive neighborhood, Banana Island, taller and more sophisticated than the 2009 champion, Ocean Parade and the 2011 luxury building, Bella Vista. 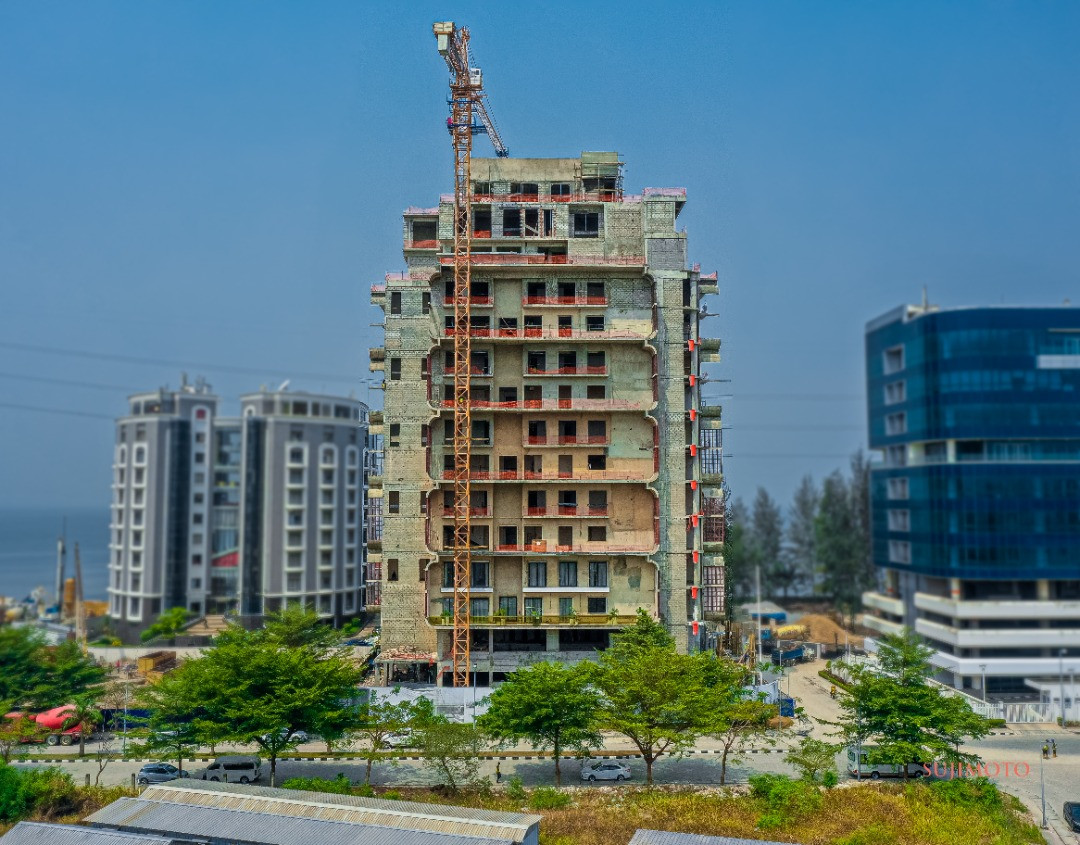 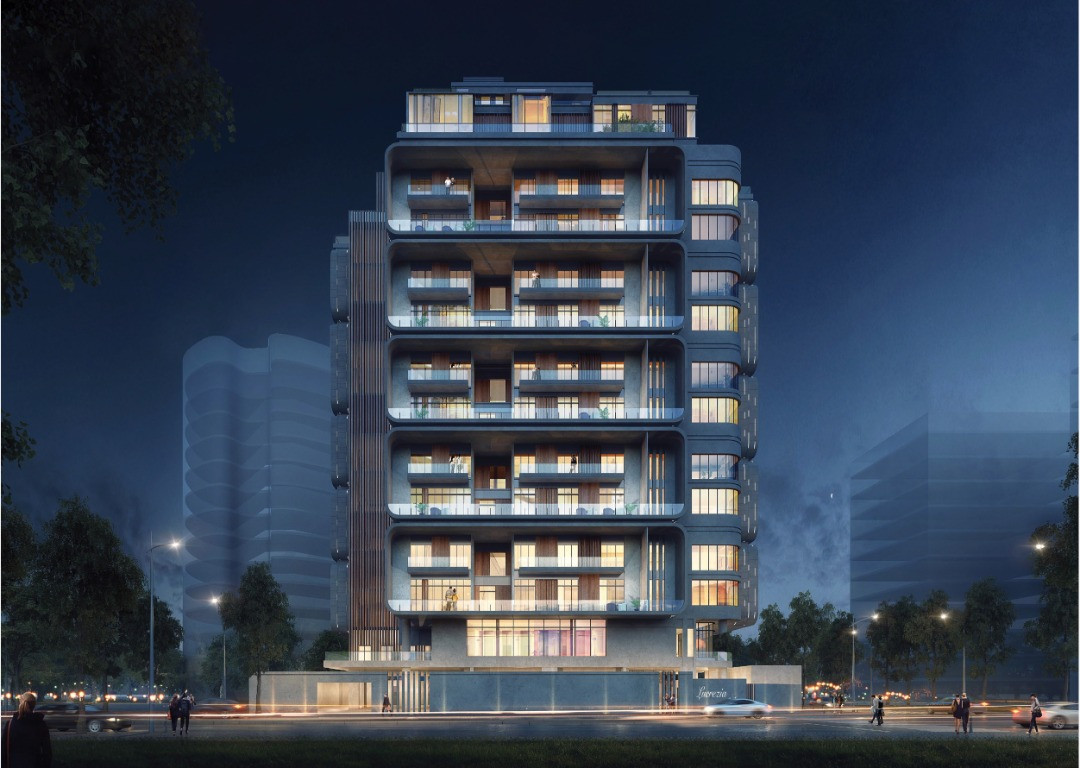 Sujimoto under the leadership of Sijibomi Ogundele an Under 40 Nigerian luxury real estate billionaire has not only earned the trust of high net-worth individuals in Nigeria, but has also attracted the admiration of international media platforms who now and again are interested in his story and how Sujimoto is outselling everyone else in the luxury real estate market. Some international platforms where he has featured lately include the Financial Times of London, and more recently an interview with Television Francaise 1 (French Nationwide Commercial TV Network), the most watched TV channel in Paris, France. 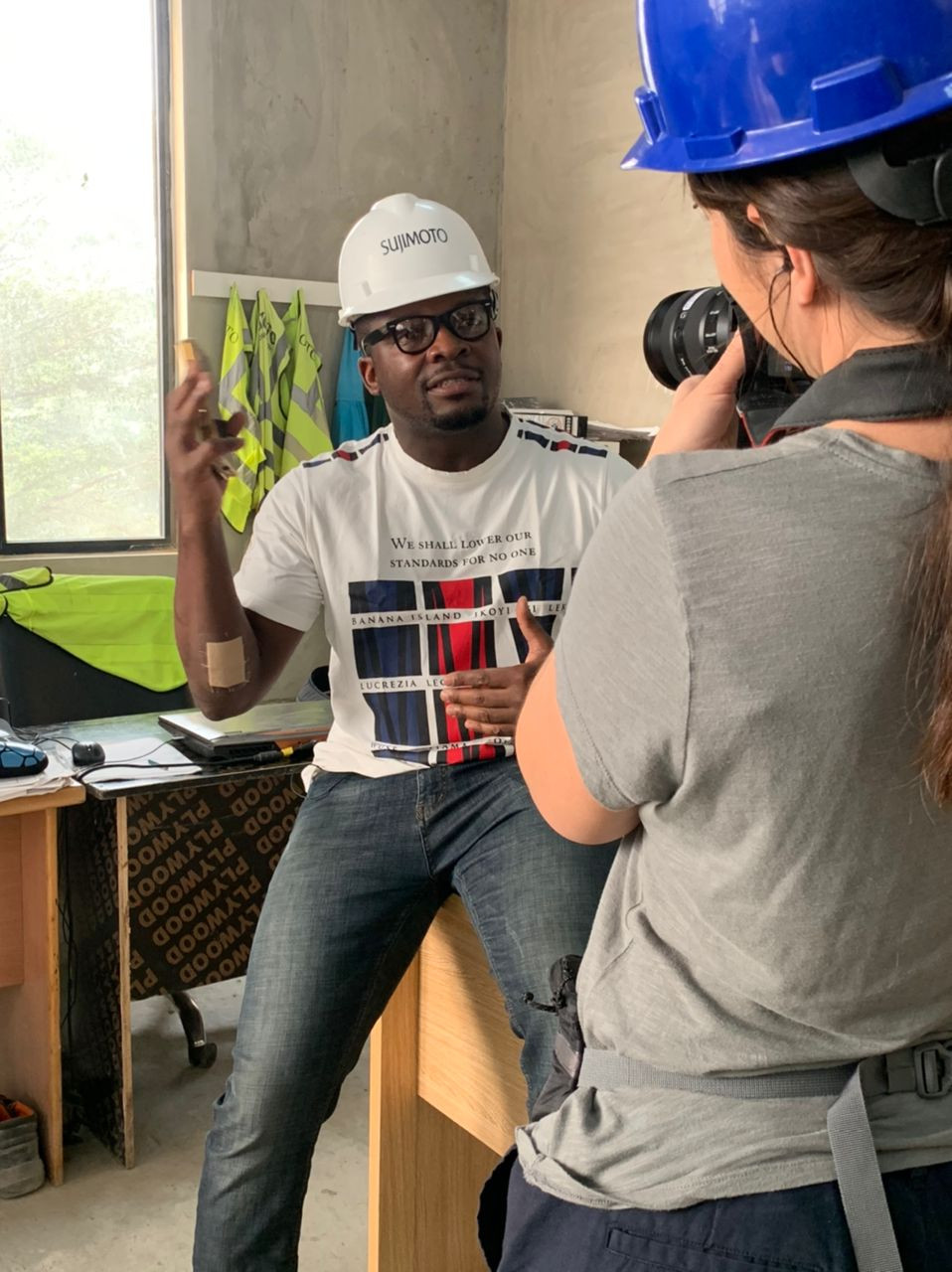 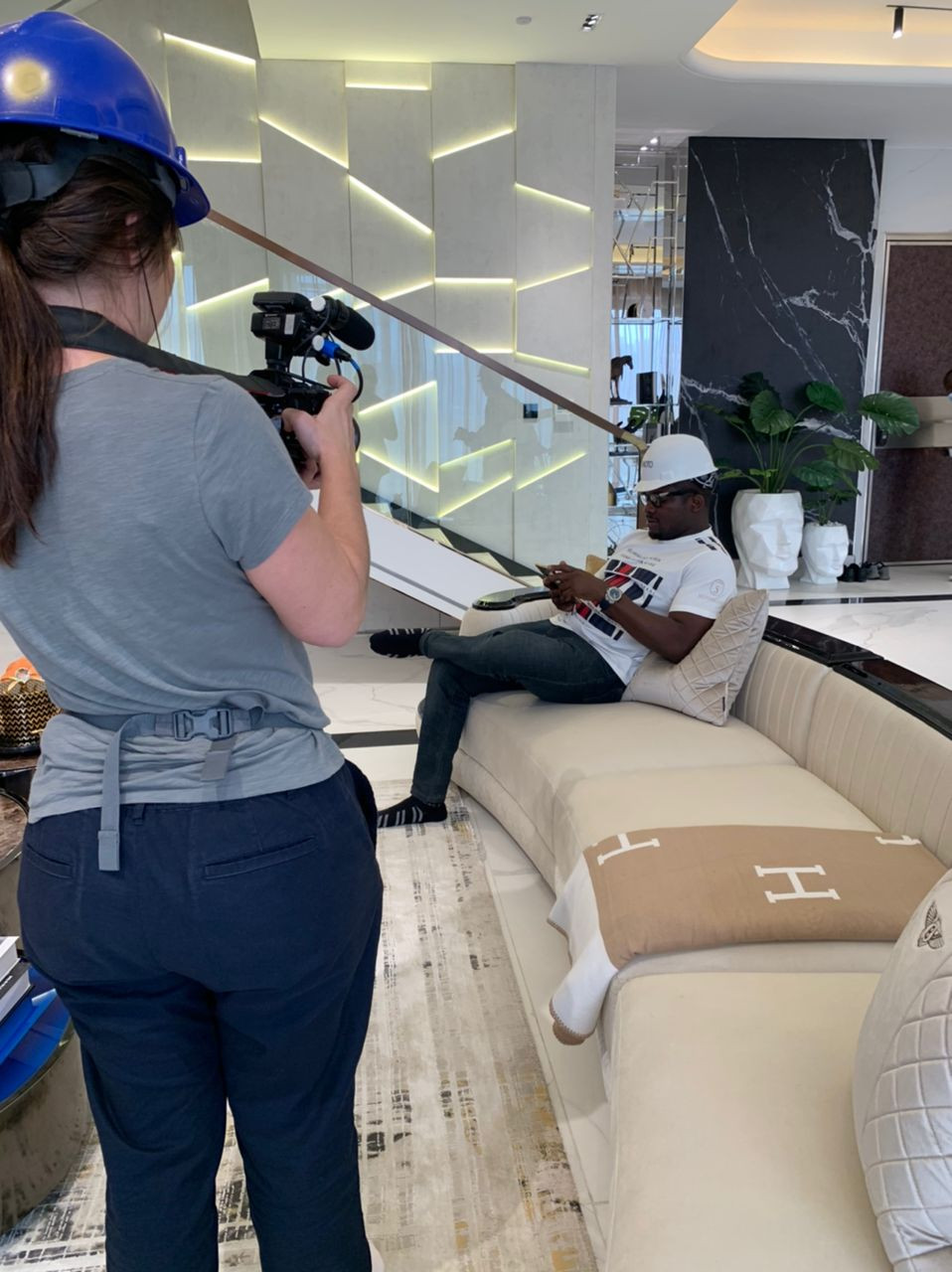 The design of the LucreziaBySujimoto combines the rare attributes of Beauty, Affluence and Style. The purely residential tower includes luxury apartments which comprises magnificent maisonettes and 2 of Africa’s best penthouses, the first Virtual Golf Bar in Africa, Full Home Automation where you can control your lights, door, air conditioning, curtains, music & TV from the touch of a button, a luxury IMAX Cinema with a 120” screen and a B&O standard surround system, an Olympic size temperature controlled pool including a Jacuzzi and kids’ pool, the 14 storey building has a floor to ceiling height of 4meters, which creates an illusion that makes it look 20 storeys tall, an Interactive lobby where business meetings and casual hangouts can be held, Zaha Hadid by Porcelanosa sanitary wares, Private Salon, Crèche for future leaders, a new and luxurious spa run by the best estheticians and the best skin care therapists from Spain with over 22 years of experience will all be housed in the Lucrezia, amongst other mind blowing amenities and services. 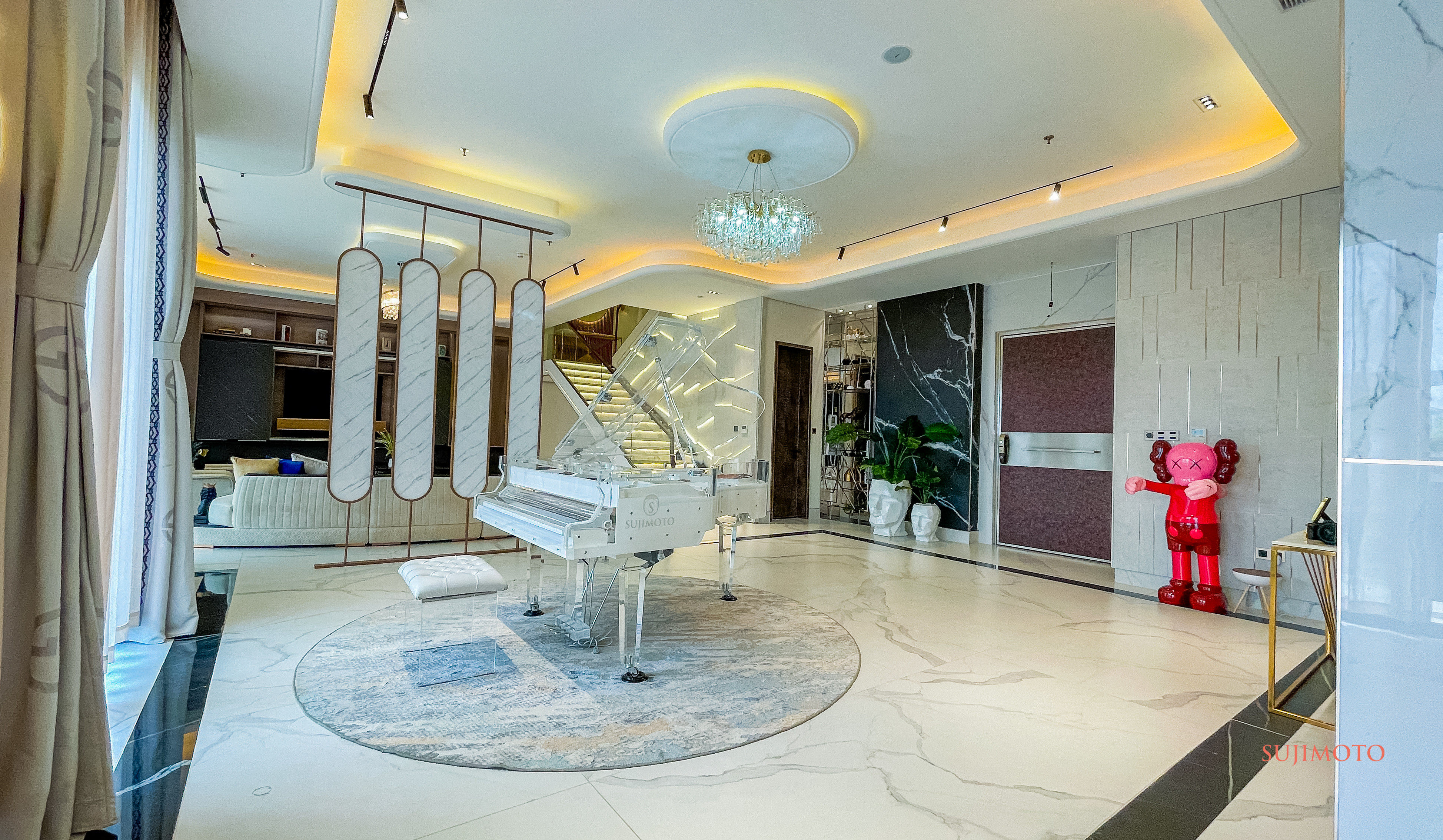 The ‘Lucrezia By Sujimoto’ triple story penthouse is projected to compete with the best Top ten penthouses of the world. The penthouse speaks opulence in its volumes as to the only Penthouse in Nigeria with its own private elevator! With sophistication unmatched, its lower level opens up to the dining room, living room, kitchen fitted with a walk-in refrigerator from Subzero just like that of Kim Kardashian’s luxury home in Hidden Hills. 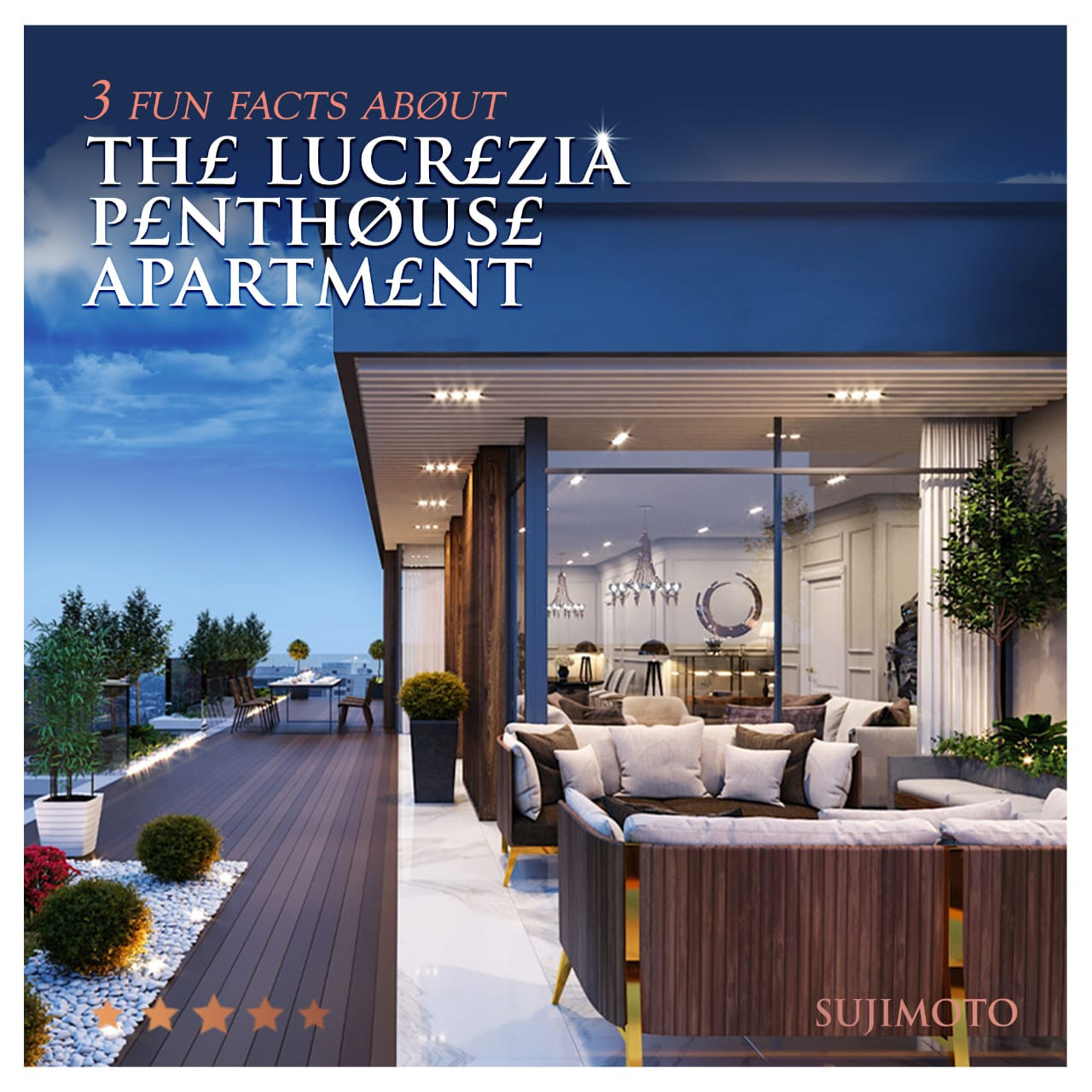 On the other hand, the second level, has a 4bedroom fitting which comprises the master suite, a private office/library for business and educational activities. And the rooftop level is fully loaded with the Gym, 400 square meter golf garden, a Private Jacuzzi, private cinema room with premium leather seats and soundproof walls reinforced with the first of its kind in the whole of Africa, private pool in the sky and cozy evenings on a balcony that opens you up to the rarest views of the breathtaking Lagos skyline. It is definitely the rarest convergence of luxury, extravagance, and sophistication- the very best life has got to offer. Who then is going to be that lucky owner of this penthouse, one of the very best in the world? 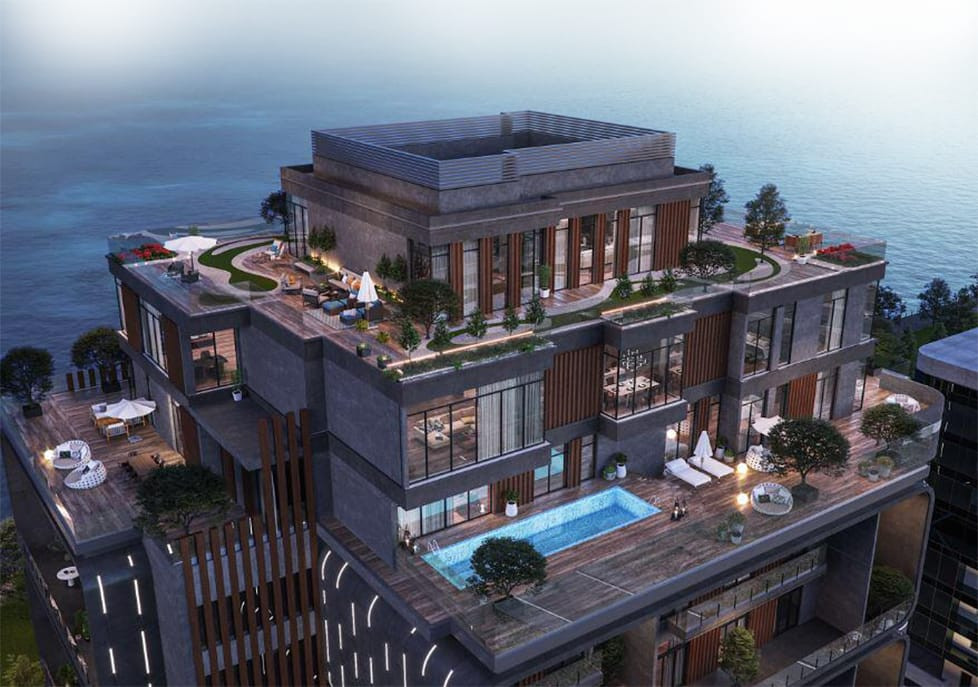 It is no surprise that the LucreziaBySujimoto has attracted the interest, attention and investment of global bankers, international celebrities and professionals, with a recent courtesy visit by Simon Benhamou, Co-Ceo CBH Bank of Switzerland, Bruno Ferreira Managing Partner and Co-Founder of Helvetic Private Office – HPO, an assets and investment management company based in Switzerland. 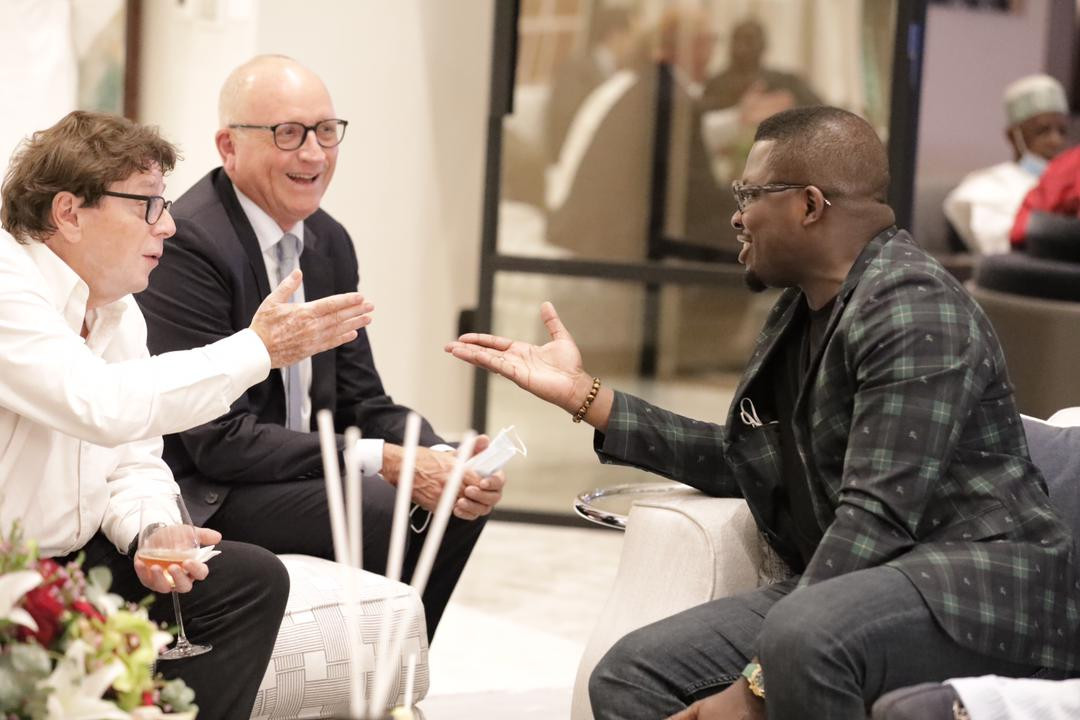 It is no doubt that when the Lucrezia is completed this year, 2022, it will become the architectural museum not only for aspiring developers and architects, but also for all lovers of excellence, diligence and integrity, which are the core pillars upon which Sujimoto as an organization is built upon. To own a slice of this masterpiece, call Dammy on 08098521646 or Tomiwa on 08091243555 today.

Popular Actress Tonto Dikeh advises parents to keep up washing their kids' private parts every time they come back home from school.