Harrysong says he is currently in “pain” after he recently discovered he has been defrauded.

In a post shared on his Instastories, Harrysong who got married two months ago said he had been chatting and sending money to a certain ”single mum of two.” He said he recently discovered that the said person is a man who he has been disguising as a single mum. 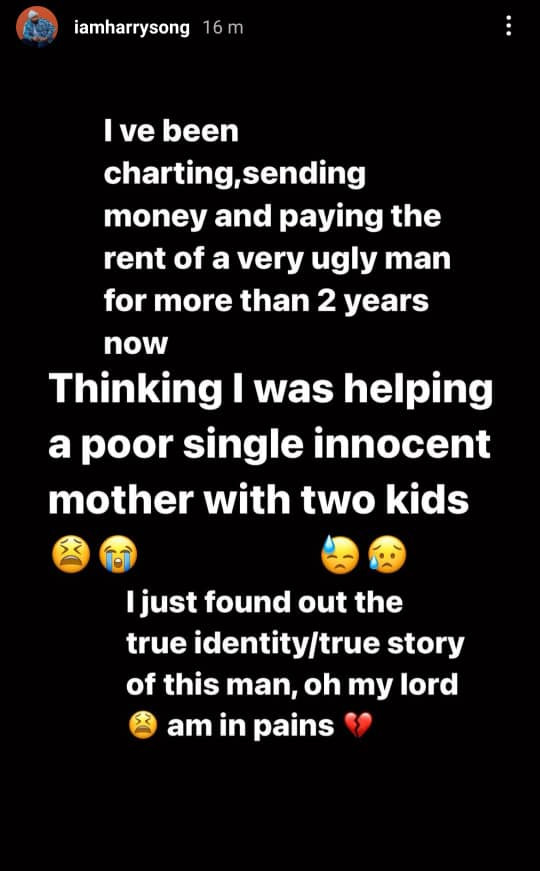 Follow Me!
Spain pardons 9 imprisoned Catalan leaders for their roles in failed secession...