Reality TV star, Leo Da Silva, is of the opinion that Lagos state can never have a governor that actually cares for its residents like Babatunde Fashola.

”I don’t think Lagos will ever get a Governor that actually cares about the people of Lagos like Fashola did.”

When a follower countered his opinion stating that the current governor, Babatunde Sanwo-Olu, is actually doing well, Leo didn’t agree. See their exchange below 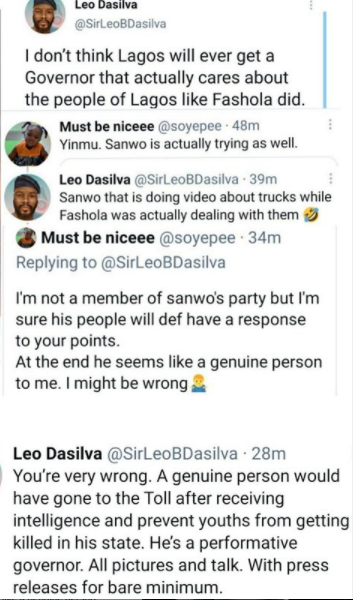 Follow Me!
Woman ‘kills’ man and his dog in a hit and run accident while fleeing...