The Ohanaeze Ndigbo has advised Governor Babajide Sanwo-Olu to ignore the rumour that members of the Indigenous People of Biafra (IPOB) are plotting to attack Lagos, noting that it is a ploy to distract the State Governor and his administration from providing good governance for all residents of the State. 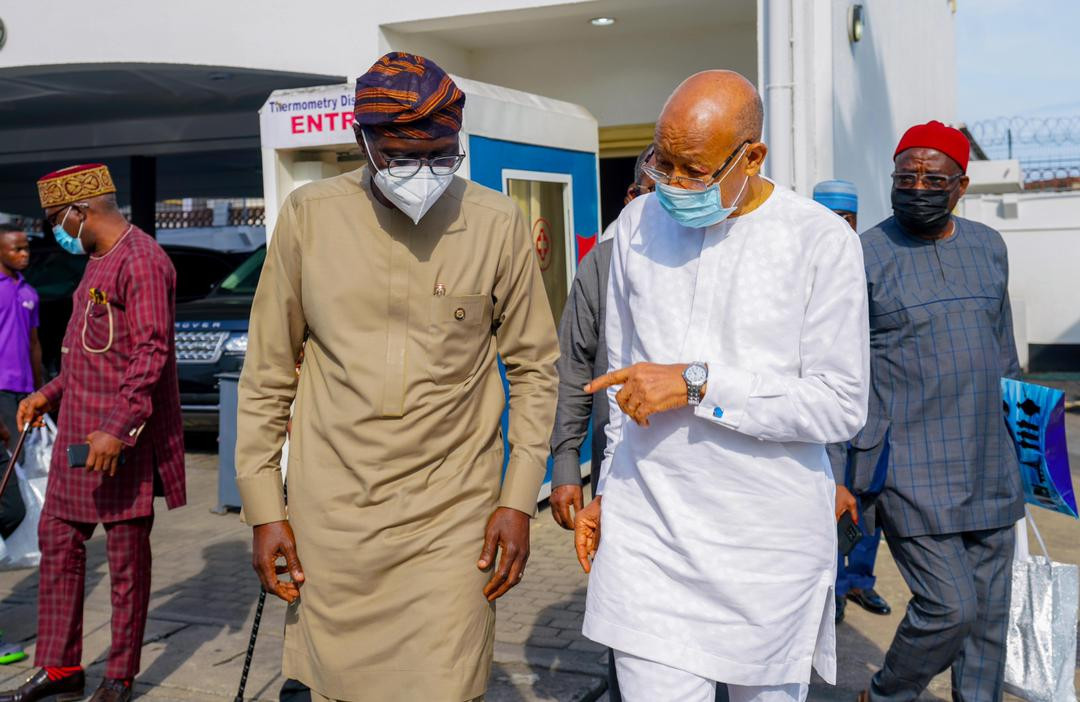 Speaking during a courtesy visit to Governor Sanwo-Olu at the Lagos House, Marina on Thursday, May 13, the President-General of Ohanaeze Ndigbo Worldwide, Ambassador (Prof.) George Obiozor, said the “dangerous rumour or statement is aimed to cause division, crises and conflict amongst us.” 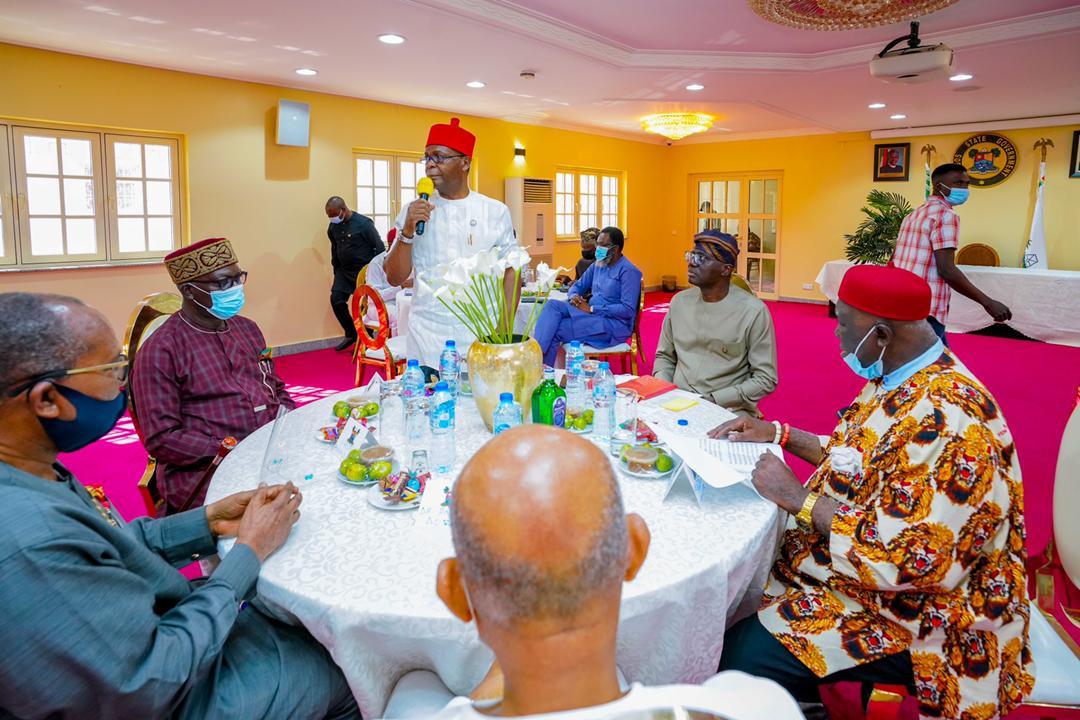 Obiozor in his address titled “Violence in any part of Lagos State is violence on all of us” said Ndigbo cannot indulge in any act that will harm the harmonious peace and cordial relationship between Igbo and Yoruba, especially Lagos, which he described as second home of several Ndigbo.

The leader of the Igbo apex socio-cultural organization also commended Governor Sanwo-Olu for the exemplary leadership he exhibited at the peak of COVID-19 pandemic that ravaged Nigeria, especially in Lagos State, adding that the Governor deserved commendation for controlling and restricting the speed of coronavirus with his quick response.

Recall that the Lagos State Commissioner of Police, Hakeem Odumosu, during a Security Townhall Meeting at the Lagos State secretariat, attended by Governor Sanwo-Olu, and other principal officials in Lagos State on Monday May 10, said there were plans by some groups, which include IPOB to attack ‘soft spots’ in the state.

Responding to the statement, Prof. Obiazor said Igbo nation was renowned for being agents of development and not destruction.

“Today, the leadership of Ohanaeze Ndigbo Worldwide, in the company of Igbo Elders and Leaders in Lagos, are here to pay you (Governor Sanwo-Olu) a solidarity visit and to further reassure you that Ndigbo are not violent in nature, neither are we known for acts of violence anywhere we live.

We think that this rumour is intended to distract the Lagos State Government from its efforts to provide good governance for all and cause disaffection between Ndigbo who live in Lagos and their host community which is the second home of several Ndigbo.

The quick denial of this rumour by members of IPOB and Yoruba groups in Lagos and across the South West was a source of relief,” he said.

Prof. Obiozor also reiterated Ohanaeze Ndigbo’s total support for Lagos State Government and the security agencies’ patriotic efforts to keep everyone safe in the State and throughout the country.

“I am aware that the Government and good people of Lagos State under your able leadership, and through their hospitable gestures, have continually kept the trust and friendship between Ndigbo and our host communities in Lagos State alive.

Ohanaeze Ndigbo through this medium reiterates total support to the state government and the security agencies in their patriotic efforts to keep everyone safe in Lagos and throughout the country. The Igbo nation is renowned for being agents of development, not destruction. Ndigbo are builders and their contributions to the development of Lagos State are evident and exemplary,” he said.

The Governor said he had no doubt that the Ndigbo are great people, noting that his administration would continue to foster harmonious relationships with all the different tribes and ethnic nationalities in the State.

The courtesy visit was at the instance of the Ohaneze Ndigbo, to clear the air on the rumoured attacks on Lagos by members of the Indigenous People of Biafra (IPOB).

J.Cole reveals why he no longer views Kendrick Lamar and Drake as competiti...
Scroll to top