Actress Ruth Kadiri has reacted to reports that actor, Baba Ijesha, who has been accused of molesting a minor seven years ago, will be released on Friday, April 30.

Reacting to the development via her Instagram page, Ruth wrote;

”In Nigeria, children have no rights, there are no laws guiding them. This is no place to raise your kids. Even the people in power, some of them are pedophiles . Keep your young ones safe. Be guarded.” 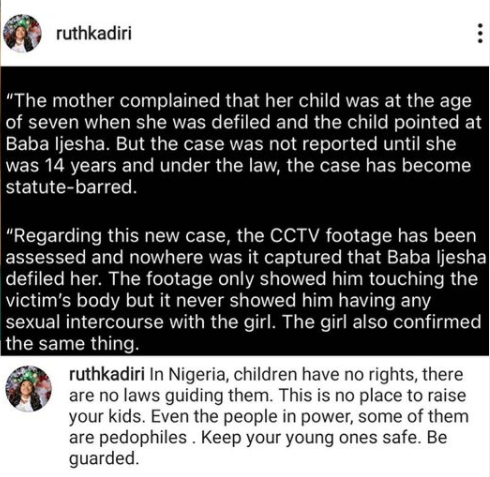 Follow Me!
If given the right equipment, policemen can do a lot and protect Nigerians –...

”The House of Representatives should impeach the president if he doesn’t...
Scroll to top