Commentator Daniela Elsa accused the Duchess of Sussex, 39, of leaking details about the handwritten note she attached to a wreath to honour the late Duke of Edinburgh to the press ahead of the service in St George’s Chapel at Windsor Castle.

Nine wreaths were laid by royals, but only details of Markle’s offering were made public. 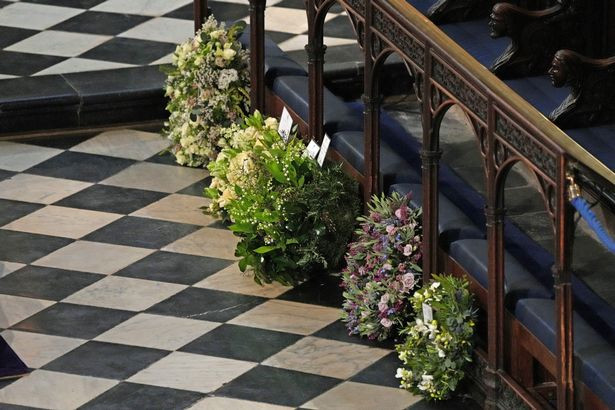 Writing for Australian title news.com.au, Elsa suggested Meghan, who was unable to attend the ceremony because she’s pregnant, used the platform to hit the headlines as details of other wreaths laid by the Royal Family remained private.

“What is bewildering here is why and how, on a day which should have been resolutely, solely focused on celebrating the Duke, that still something Sussex-related has managed to end up in the headlines,” she wrote.

“While Buckingham Palace has released a cavalcade of specifics about yesterday’s proceedings, everything from precise timings to where exactly Philip’s valets would be standing, no particulars about the other eight wreaths that were placed in the chapel have been released.”

She continued: “The appearance here is that even at this moment of mourning someone Sussex-adjacent has seen the wreath and Meghan’s note as an opportunity to drum up some good PR, hardly edifying stuff.”

Elsa also claimed Meghan used the opportunity to help promote florist Willow Crossley, who designed the handmade wreath and “was in charge of the flowers for the Sussexes’ wedding reception and son Archie’s 2019 christening.”

“But why did anyone feel the need to share this information with the world?” she said.

“The unavoidable conclusion here is that the details of the Crossley-created salute are known today, and making headlines, because someone wanted them out there,” she added.

Elsa highlighted the Sussexes’ waning popularity among Brits as a potential reason for the leak.

“In recent months both Harry and Meghan’s approval ratings in the UK have cratered to record lows, with both the Duke and Duchess hitting negative figures, according to a poll done in the wake of their explosive Oprah Winfrey TV interview last month,” she said.

“Perhaps it was too much to expect that this weekend’s proceedings could have gone off without something Harry and Meghan-related in the mix.”