A 33-year-old Nigerian student has been arrested with four grams of cocaine in Panjagutta, Hyderabad, India.

The accused, Daniel Ayotunde Olamide, was recently released from prison after serving time for drug peddling. See LIB report on his previous arrest.

Another accused, John Paul, 37, also from Nigeria and living in Delhi, is on the run.

Olamide was apprehended by the South Zone Commissioner’s Task Force at GVK Mall, Punjagutta, on Saturday, October 2, 2021, after a tip off. 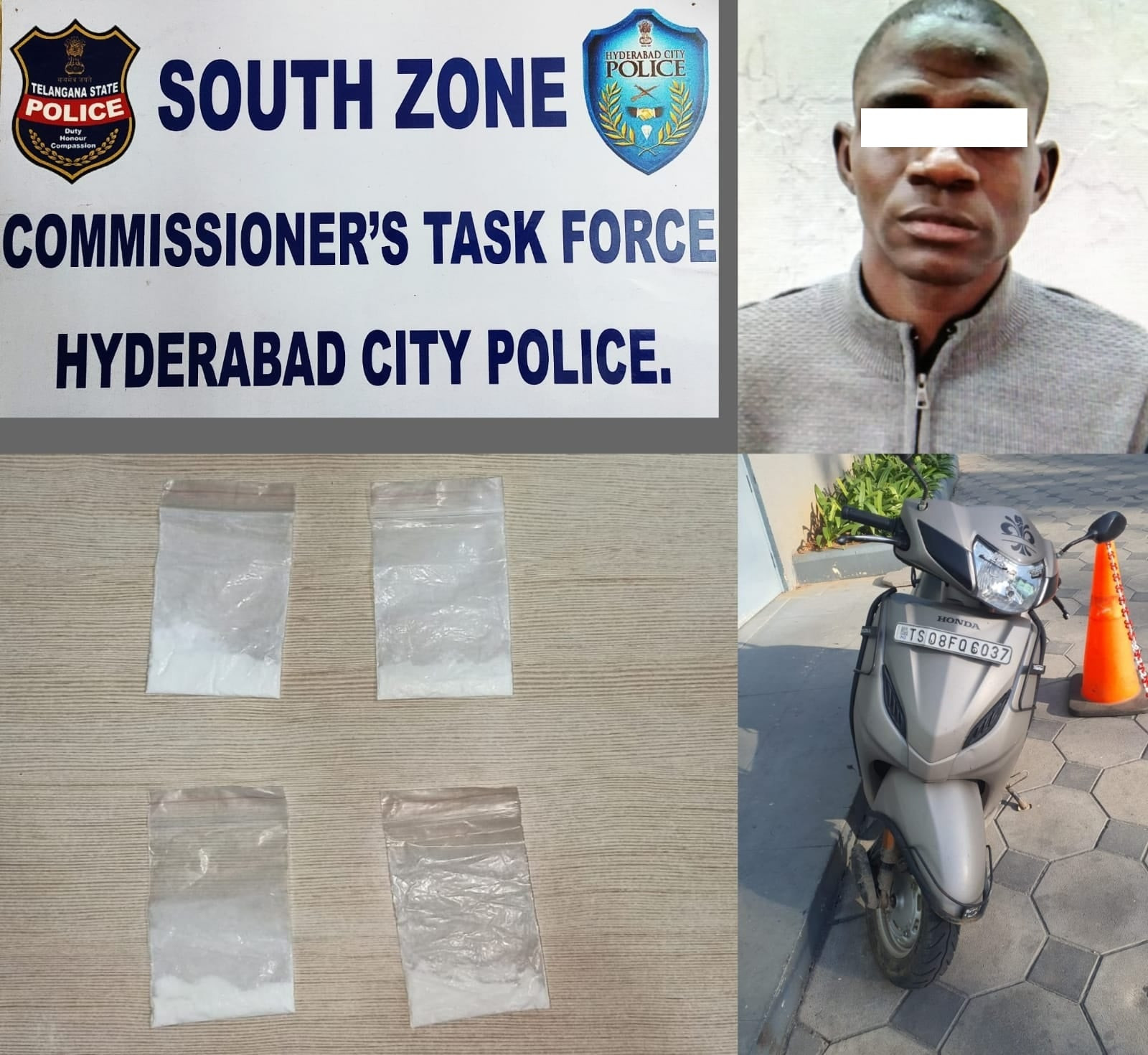 He was found supplying drugs to customers in the Hyderabad and Cyberabad police limits. A Honda Activa scooter was also seized from him along with the contraband.

Olamide, who is a degree student of Vivekananda College in Kutatpally had arrived in Hyderabad in 2014 on a student visa. He lives near Dream Valley in Shaikpet.

According to inspector S. Raghavendra, Olamide was an addict and began peddling cocaine a few years ago after coming in contact with Delhi-based Nigerian peddler John Paul.

“Daniel was arrested once earlier by Langar Houz police in October 2020.” the inspector said, adding that he just came out of prison recently.

Once released from jail, he went back to supplying drugs with the help of John Paul and charged Rs. 8,000-10,000 for one gram of cocaine.

He was booked under the NDPS Act and handed over to Punjagutta police.

Follow Me!
Brymo claims Tuface Idibia accused him of sleeping with his wife