A nurse has revealed how her best friends, who are Muslims, showed up as her bridesmaids during her wedding in a Catholic Church.

She revealed that they wore the same dress that other bridesmaids wore but they added an underskirt and hijab to the dresses just so that they can be there for her.

They also sat through a Catholic Mass on her wedding day.

She shared a photo of her Muslim friends with her other bridesmaids at her wedding. 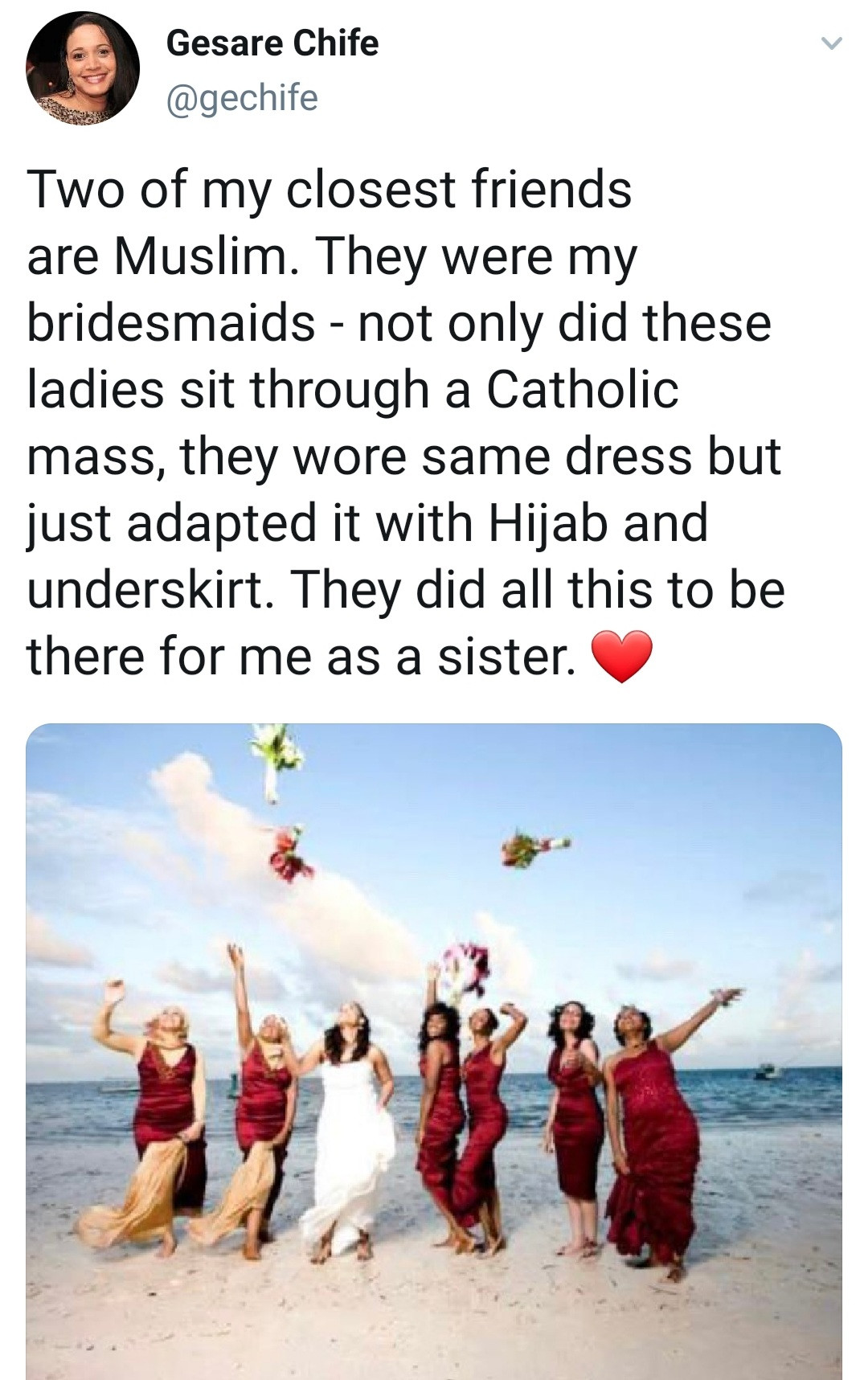 Her revelation comes after a groomsman left a church during his best friend’s wedding because the officiating minister objected to him wearing earring and the groomsman refused to remove it.

FG waging full scale war against the Shiites, IPOB members and journalists and...
Scroll to top