Federal prosecutors have rested their case in the trial against R&B star R. Kelly after testimony from 45 witnesses over 20 days.

Kelly is facing a number of charges that go back decades: sexual exploitation of a minor, kidnapping, forced labor, and more. Central to the federal government’s case against him is a racketeering charge which positions him at the head of a criminal enterprise working together using Kelly’s fame to lure potential victims of sex crimes. Kelly has pleaded not guilty to all charges.

Jurors have heard from witnesses ranging from former live-in girlfriends of the singer to his former employees, many of whom were subpoenaed to testify against the singer. Kelly faces racketeering and sex trafficking charges, which he has pleaded not guilty to.

Since his trial began in Brooklyn federal court on August 18, multiple witnesses have testified that Kelly allegedly sexually and physically abused them, directed them to stay in rooms — sometimes for days and had to ask for permission from Kelly or his associates to go to the bathroom or get food. 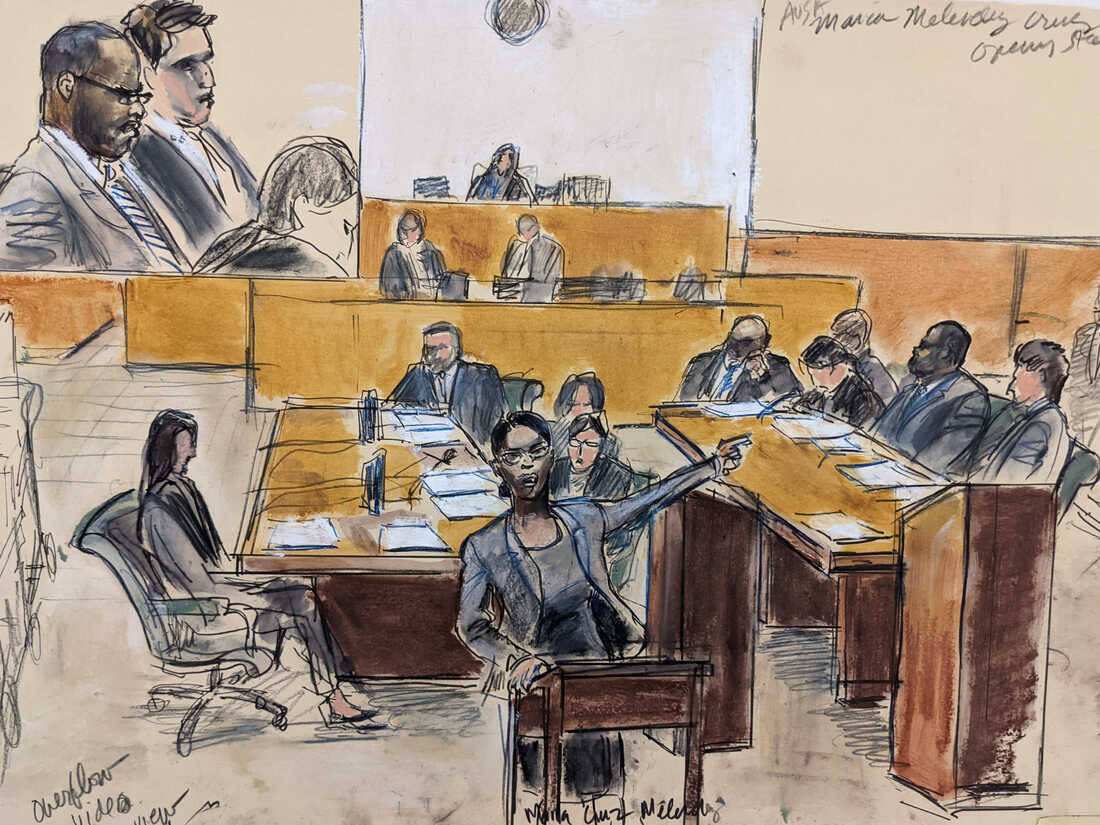 Testifying against the singer has proven to be emotionally difficult for some witnesses. Prosecutors said in a court filing on September 14 that one of its final witnesses, a woman who had been in a relationship with him and was to testify about being physically assaulted by him in an incident that was captured in a recording, had panic attacks and an “emotional breakdown” the weekend before she was to face Kelly in court, and they said would not press her to testify. Even those who weren’t in relationships with him, like former employee Nicholas Williams, started to express how difficult it was having to testify in front of the singer, who he said was “angry all the time” and that he could frequently hear Kelly yelling during his year working for him.

“I was nervous when I first came in here because I finally had time to look him in the eye,” Williams said.

He was abruptly cut off by US District Judge Ann Donnelly and asked, “Can I say something?”

“No you can’t. That’s not how this works,” Donnelly said.

At the heart of prosecutors’ federal case against Kelly is their allegation that he was the head of a criminal enterprise whose purpose was to promote his music, the R. Kelly brand and to “recruit women and girls to engage in illegal sexual activity” with the singer, according to an indictment.

One way prosecutors allege that Kelly and his associates recruited women was by handing out slips of paper with his number written on them. Former studio manager Tom Arnold, who worked for Kelly for eight years starting in 2003, said employees “always had those on hand.”

“I would only give it out from the direction of Rob,” Arnold testified. 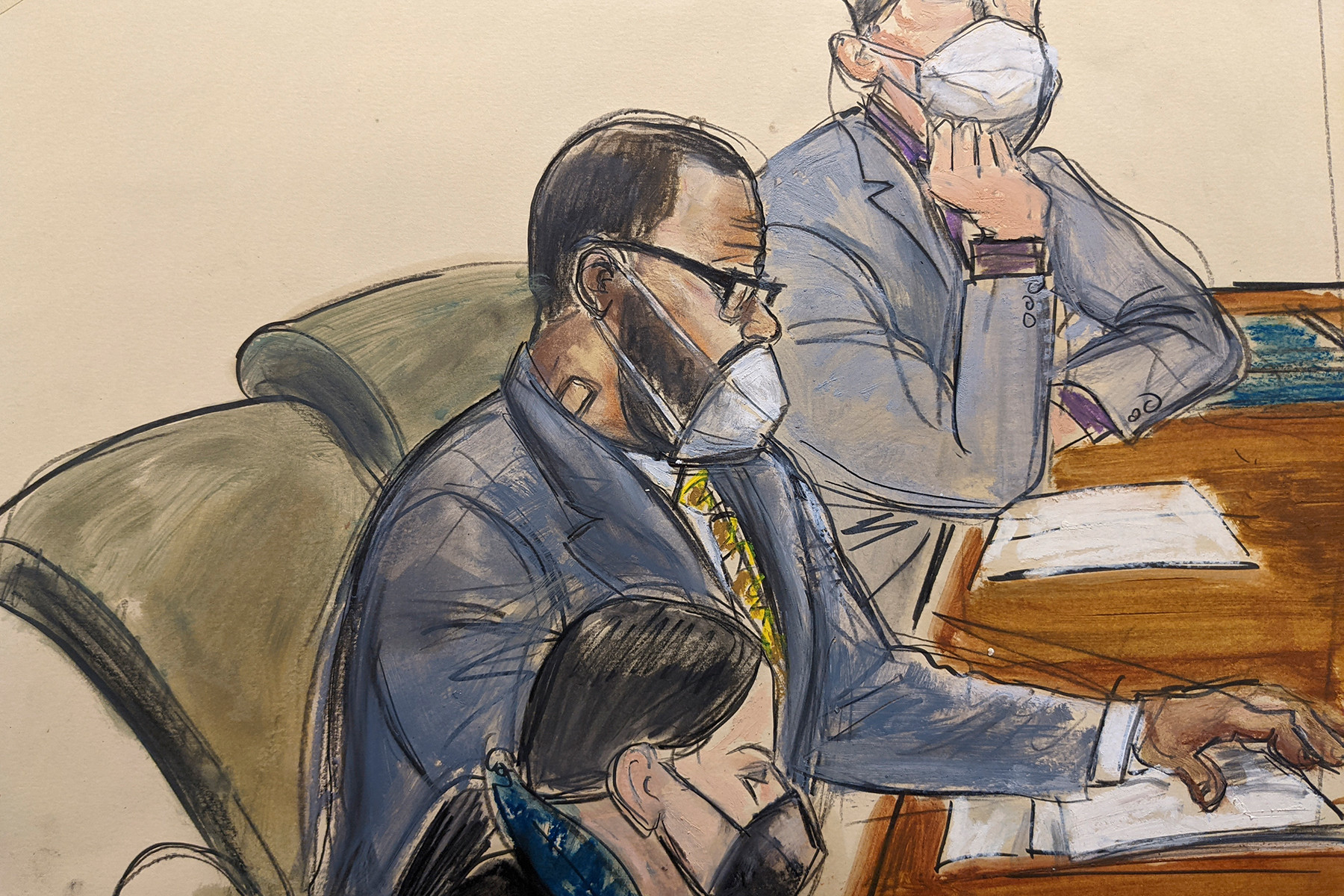 Kelly, who also faces underlying racketeering acts that include kidnapping, was also accused of keeping girls and women in rooms or on vans while on tour against their will.

A former radio intern who identified herself as Sonja, testified that Kelly invited her to interview him at his Chicago studio in 2003 and that once she arrived, an employee put her in a room that she quickly realized was “locked from the outside.” She said she was kept in the room for several days, occasionally let out to go to the bathroom and shower.

“I was sexually assaulted,” Sonja testified. “There was something in me that wasn’t wanted.”

Kelly’s defense attorneys have pointed out that the rooms Kelly’s female guests were kept in often did not have locks on the outside of their doors. Cannick pressed Kelly’s former assistant, Diana Copeland, on whether she’d seen Kelly lock girlfriends in rooms while she worked for him between October 2015 until February 2017.

“Have you ever saw him lock any of his girlfriends in a room?” Cannick asked.

“Has he ever asked you to do such a thing?” Cannick asked.

“Have you ever heard him ask any of his staff to do such a thing?” Cannick asked.

Among the criminal acts Kelly is accused of is violating public health laws in states where people are required to notify their sexual partners if they have infectious sexually transmitted diseases. Kelly’s personal physician of 25 years, Dr. Kris McGrath, testified that he’d suspected the singer had genital herpes since at least June 2000, but a test at the time came back negative. He continued to prescribe to Kelly the medication that treats the condition for nearly two decades 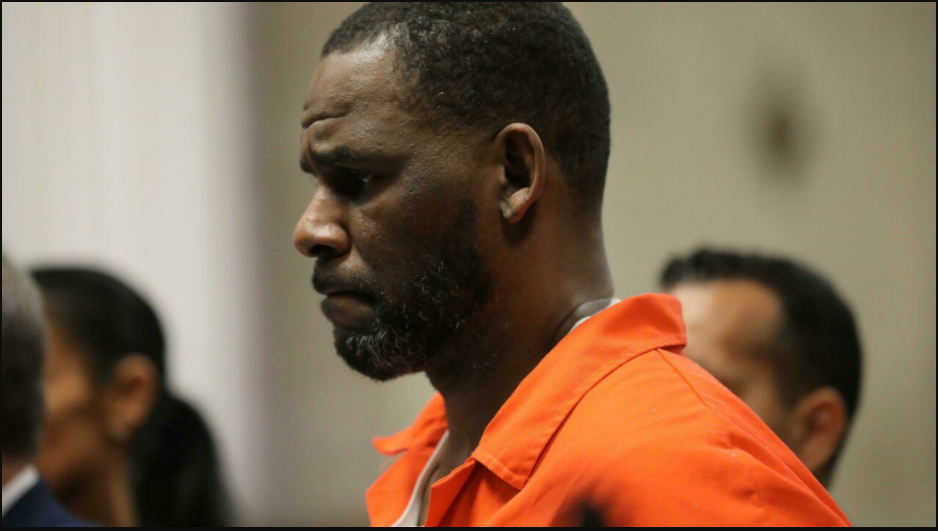 In 2017, a woman who testified as Faith said that Kelly invited her to a show in New York where she says he pressured her into having sex with him.

“I said, ‘Are you going to use a condom?'” Faith testified.

She testified he told her, “I don’t need a condom.” She said she was diagnosed with genital herpes several months later.

A former employee, Demetrius Smith, also testified that he bribed a worker at a Chicago area welfare office in 1994 to get the singer Aaliyah, who was 15 at the time, a welfare ID to make her appear to be an adult in official documents so she could marry Kelly. Jurors were shown Aaliyah and Kelly’s application for a marriage license that listed her age as 18 and Kelly’s as 27. The minister who married the pair testified he’d never met them until the day he married them, that they arrived in matching jogging suits and that he didn’t know they were famous.

“I didn’t think it was anybody special. I didn’t understand it at all,” the minister Nathan Edmond testified.

Their marriage was annulled a month later, according to documents shown in court. Aaliyah died in 2001, and the 20th anniversary of her death came in the middle of the trial.

His Chicago-area home and recording studio was a tightly-controlled environment, where guests often had to sign confidentiality agreements upon entering, and male staffers had to clear hallways when Kelly’s female guests passed through, witnesses testified.

A former live-in girlfriend of Kelly who testified under the pseudonym Anna said that after she began dating Kelly, he slowly controlled various aspects of her life, occasionally taking her phone away from her, taking her passport and told her to delete her Instagram account.

“He just didn’t want me having it,” Anna testified. “I had someone sitting there to make sure it was completely deleted.”

Anna also testified that she had to contact Kelly before getting out of the van they traveled in during his tours to “make sure it was OK to use the restroom.”

When Aliciette Mayweather, a former employee of Kelly, testified about riding around with Kelly’s live-in girlfriends on a large van during his tours, she said that when she would get off the van to go the bathroom, the girlfriends would not.

“They would use cups,” Mayweather testified.

After a high schooler, identified as Jane, was kept for days on a tour bus parked outside of Kelly’s Chicago studio in May 2016, and later in a room at the studio, Mayweather texted a colleague to say that the girl looked “rough.”

“When she gets to Florida she should run and never look back,” Mayweather testified, reading from text messages she sent to a colleague at the time. “She should be living the fun life of a high school senior.”

Cannick said in court that Jane was kept on the bus to encourage her to finish her school work, while she worked to get her high school diploma remotely.

Gina Parlovecchio, a former federal prosecutor who successfully convicted Joaquin “El Chapo” Guzman on racketeering charges in 2019, said the testimony about keeping girls and women confined with limited food, water and bathroom access is a key part of prosecutors’ case.

“Taking all those facts, combined with the power and influence Kelly had as an international superstar and the sway that he had with these girls and women, I think that the prosecutors will argue that all of this contributed to this atmosphere of coercion and intimidation,” Parlovecchio said.

Multiple witnesses also testified that Kelly directed them to write letters where they made false confessions, or wrote false and damaging information about close friends or family.

“He said that these were basically letters that would never see the light of day and that they were to basically exploit us to protect him,” Jane testified on August 23.

Prosecutors showed jurors multiple recordings that were seized by authorities during raids of Kelly’s apartment in the Trump Tower Chicago and a storage unit associated with the singer.

Journalists and members of the public were not able to see, hear or read transcripts of the recordings and it was not clear what types of interactions the recordings documented.

But in a court filing, prosecutors said Kelly can be heard, but not seen, in one video “beginning to physically assault” a woman.

A Homeland Security Investigations agent named Ryan Chabot testified that he had been conducting surveillance on Kelly the day before his July 11, 2019, arrest, and took a photo of Kelly seen with a family member holding a black bag, but that the bag was never recovered during raids of Kelly’s home at the time of his arrest at Trump Tower Chicago, and another raid at a storage facility associated with him in January 2020.

Even if recordings of sexual encounters with victims are not produced for jurors, Parlovecchio said prosecutors have shown other evidence that can corroborate their testimony.

“The government doesn’t have to produce all available evidence during this trial,” Parlovecchio told CNN. “But there’s always the danger that there’s a juror who says, ‘If these exist, I need to see them to convict.'”

Other evidence presented to jurors included a 1994 program from a Florida concert that Addie attended when she was 17. Addie testified that a member of Kelly’s entourage invited her and a friend backstage where she got Kelly’s autograph on the program. She testified that after others cleared out of the room, Kelly grabbed her wrists, unzipped her pants and raped her.

Addie testified that she eventually reported what happened to law enforcement in January 2019, and showed them the program autographed by Kelly where she said he had also written down a hotel room number.

“So, someone raped you, according to you, and you kept the program as memorabilia?” Cannick asked her during her cross-examination.

Addie testified she didn’t feel comfortable speaking about what happened at the time, didn’t want to be victim-shamed and didn’t know if she would be believed.

“I am an adult now. I am no longer a little girl,” Addie testified.