Real Housewives Of Atlanta star, Porsha Williams has confirmed that she is engaged to the estranged husband of her co-star Falynn Guobadia.

The 39-year-old reality star took to Instagram on Monday night, May 10, to confirm her affair with Simon Guobadia in a lengthy post, where she also made it clear that she had nothing to do with his divorce from her fellow reality star.

Falynn, 31, announced her split from Simon after two years of marriage last month. 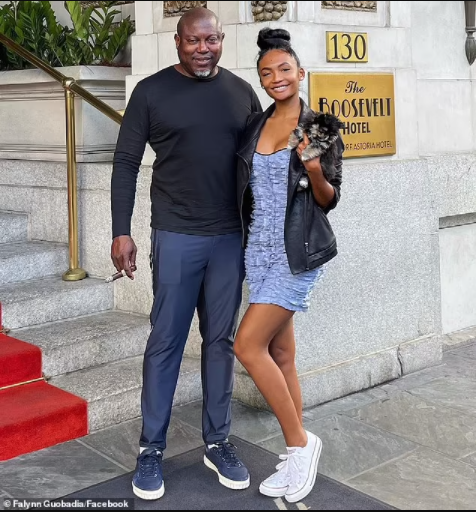 In an Instagram Story shared on April 22, Falynn wrote that the “mutual decision was not made lightly” and she and Simon “are deeply thankful for the impact we have made in each other’s lives, as well as the bonds formed with each other’s children.”

Posha penned on Monday night: “Our relationship began a month ago—yes we are crazy in love,” she wrote alongside a selfie with Simon. “I know it’s fast but we are living life each day to its fullest. I choose happiness every morning and every night. Tuning out all negative energy and only focused on positive wishes. He makes me so happy and to me, that is what matters most.”

Addressing her new relationship, Porsha wrote on her Instagram post, “For all of you that need facts, I get the optics but Simon filed for divorce from a previous marriage in January.”

“I had nothing to do with their divorce filing. That’s between the two of them,” she continued. “Falynn and I are not friends, and Simon’s divorce has been settled. Our relationship is a positive, loving step forward in everybody’s lives.”

Williams added that both her ex Dennis McKinley with whom she split from shortly after giving birth to now 2-year-old daughter Pilar Jhena and Simon “are committed to being respectful and supportive of my happiness in this situation, as well as being the best co-parents they can be to baby PJ.”

“Two black men stepping up and being amazing people-let’s praise them!!!!” she wrote.

Added Williams, “It’s truly a beautiful moment in my life & we cannot wait to spend the rest of our lives together. xoxo P #LoveWins.” 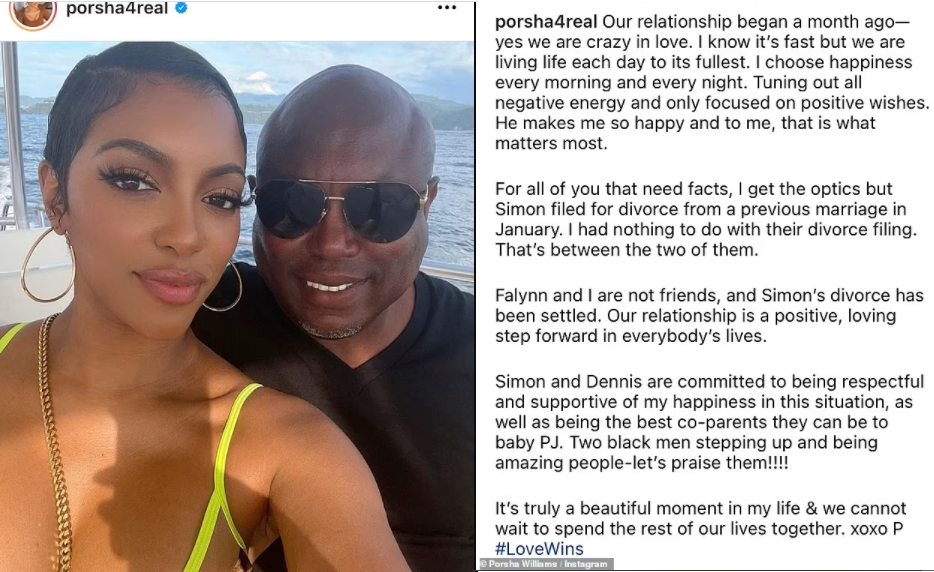 In photos shared on her Instagram in honor of Mother’s Day, the actress can be seen wearing a large ring on her left hand while posing with Simon and McKinley. 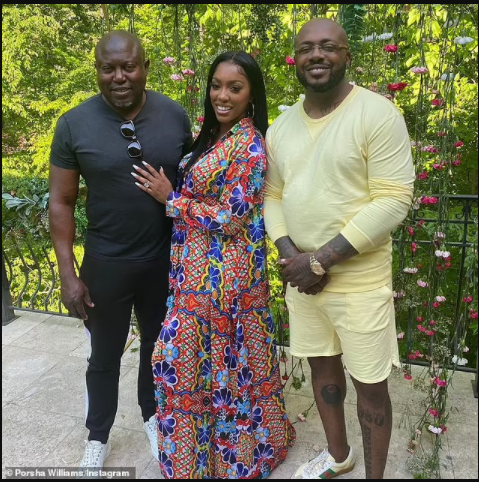 “Happy Mother’s Day to me and all the other mothers out there,” she captioned the shots. “What a wonderful day!!'”

When asked about the ring during Monday’s episode of Dish Nation, Williams teased that she will “dish on it a little later.”

Follow Me!
‘It is a lie”- IPOB denies plans to attack Lagos

Juventus are threatened with expulsion from Serie A if they don’t leave...
Scroll to top