Former Presidential Spokesperson, Reno Omokri has called out Attorney-General of the Federation, Abubakar Malami, claiming he may be engaging in Cryptocurrency trading which is banned in the country.

Omokri claimed that Malami’s screenshot had a “Latoken app” icon which is cryptocurrency trading app. He also alleged that the AGF used a VPN to access his Twitter account.

Look very closely at the screenshot Abubakar Malami shared to prove he has deactivated his Twitter account. The app logo you see at the top is for LAToken, which is a #BitCoin trading app. Please do not take my word for it. Investigate it for yourself. Has the Attorney General of the Federation, who himself announced and enforced the ban on Cryptocurrencies been trading in Bitcoin after banning it and ruining the livelihood of thousands of Nigerians?

Also, there is a VPN key logo on the screenshot. Why is the Attorney General of the Federation using a VPN key?

Malami’s screenshot raises more questions than it answers, and Nigerians should demand answers!

If you try to edit the attached screenshot photo, it will be taken as a sign of your guilt. I have already alerted the media. The screenshot from your verified Facebook page has been sent for authentication by Facebook. It is established that you have been trading in #Bitcoin, using the LATOKEN cryptocurrency trading app, in violation of the very same law you announced on behalf of the Muhammadu Buhari administration as the Attorney General of the Federation. You must step down and be investigated, and then prosecuted. You deprived thousands of Nigerians of their source of livelihoods through that law, only to secretly profit from the same #cryptocurrency you banned. 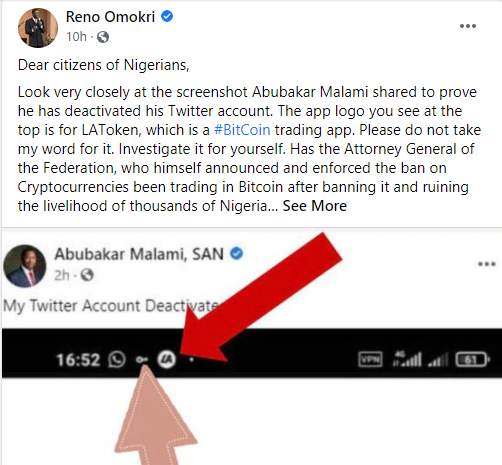 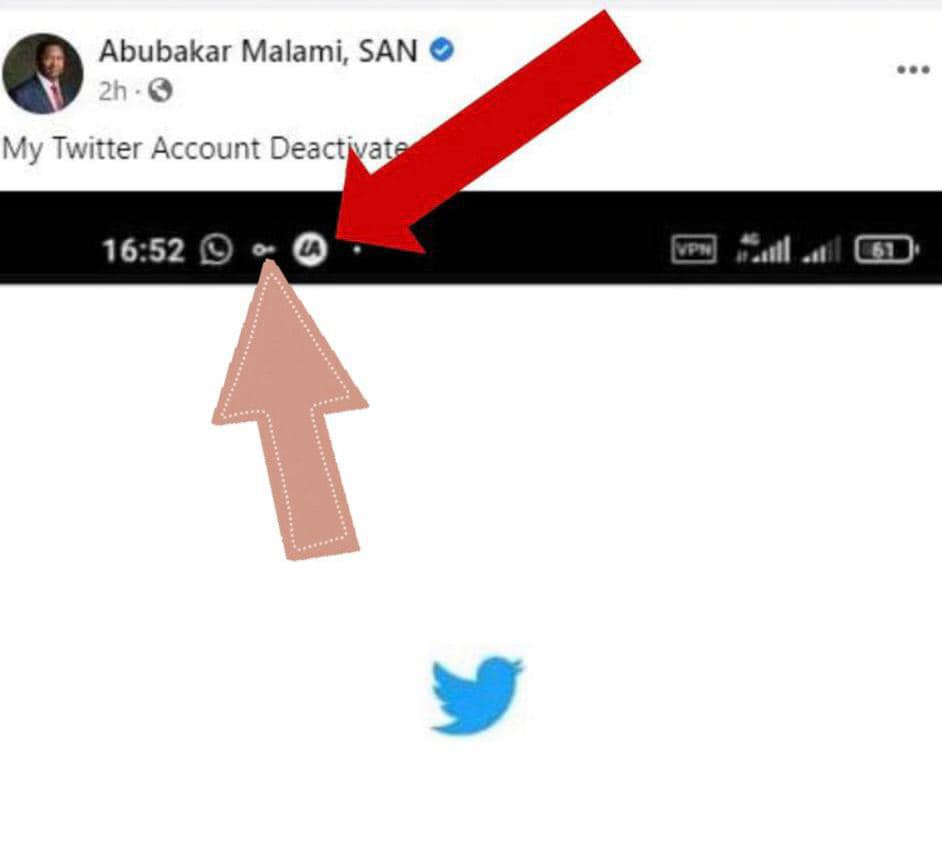 If the Chief Law Enforcer of the Muhammadu Buhari government, Abubakar Malami, SAN, is himself trading in #Bitcoin, as can be clearly seen by the LATOKEN icon on the screenshot he released showing he has deactivated his Twitter account, then not only must he step down and apologise, but his government must repeal the law and allow Nigerians who lost their source of income benefit from trading cryptocurrencies as well.

Follow Me!
Harry hits back at Palace as he insists he told the Queen beforehand that he...