A Romanian billionaire was killed along with his wife, son, and five other people when the plane he was piloting crashed into a building in Italy on Sunday, October 3.

Dan Petrescu, 68, one of the richest men in his home country, was operating a single-engine Pilatus PC-12 before it slammed into an office building undergoing renovations in San Donato Milanese, a town southeast of Milan, authorities said.

The fatal wreck took place minutes after the plane took off from Milan’s Linate airport at about 1 p.m., according to aviation agency ANSV, which has opened an investigation. 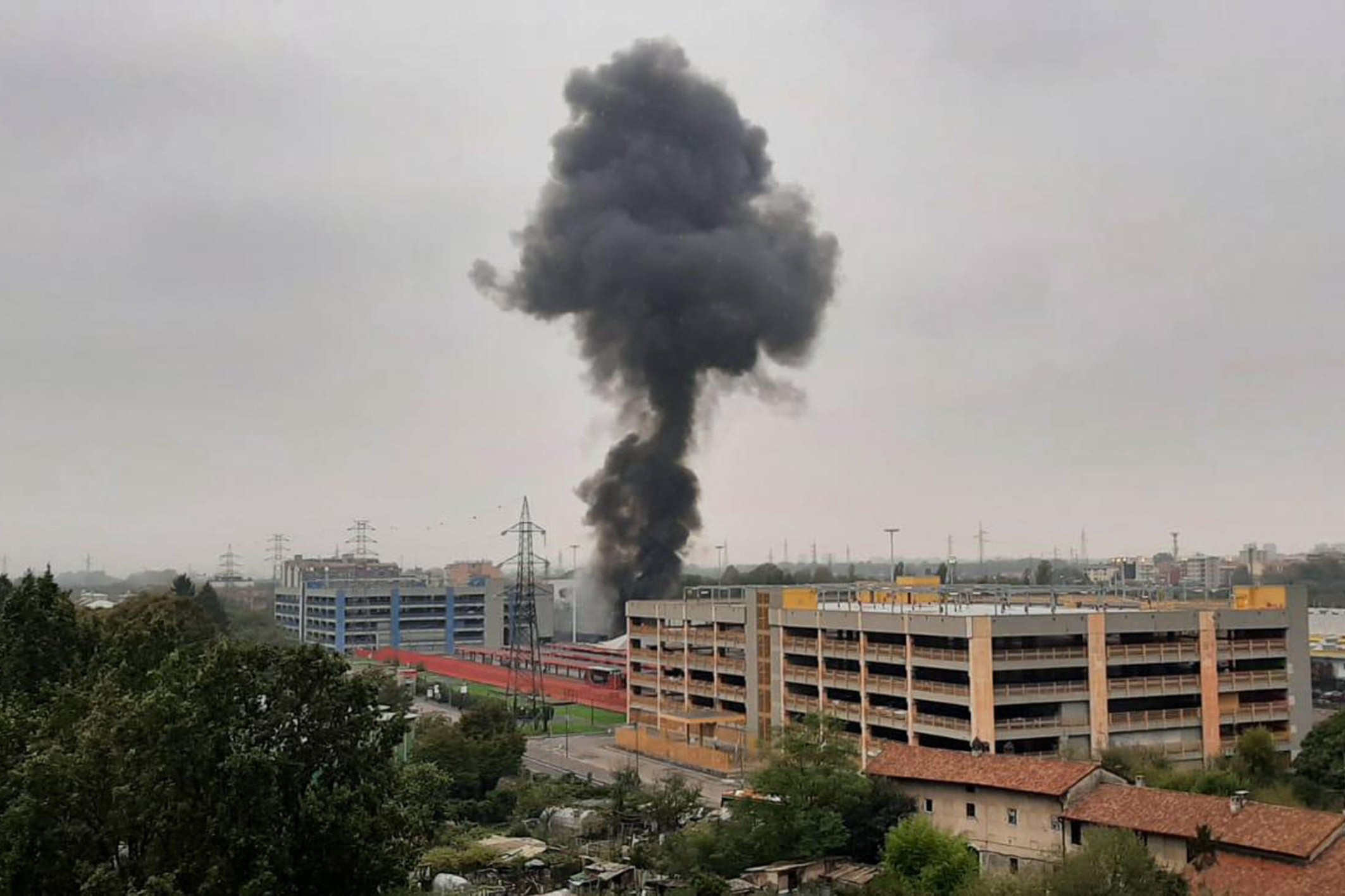 The billionaire’s 65-year-old wife, their son Dan Stefano, 30, and a child were also among the eight people aboard the plane that died in the wreck. 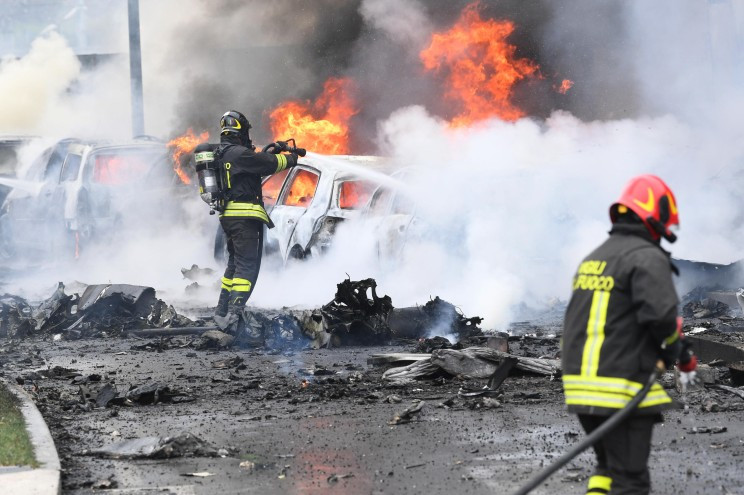 Petrescu headed a major construction firm and owned a string of hypermarkets and malls.

According to the Romanian newspaper Adevarul, Petrescu was a worth 3 billion euros.

Witnesses recalled the moment the plane plummeted out of the sky and smashed into the building, which was thankfully empty .

One named as Andrea, 19, told tgcom.24.:  “I saw the plane lose control. I saw it just as it crashed. I saw it dive.  The plane was low. And then there was a lot of smoke, flames in the sky. Pieces were flying. I was very scared.” 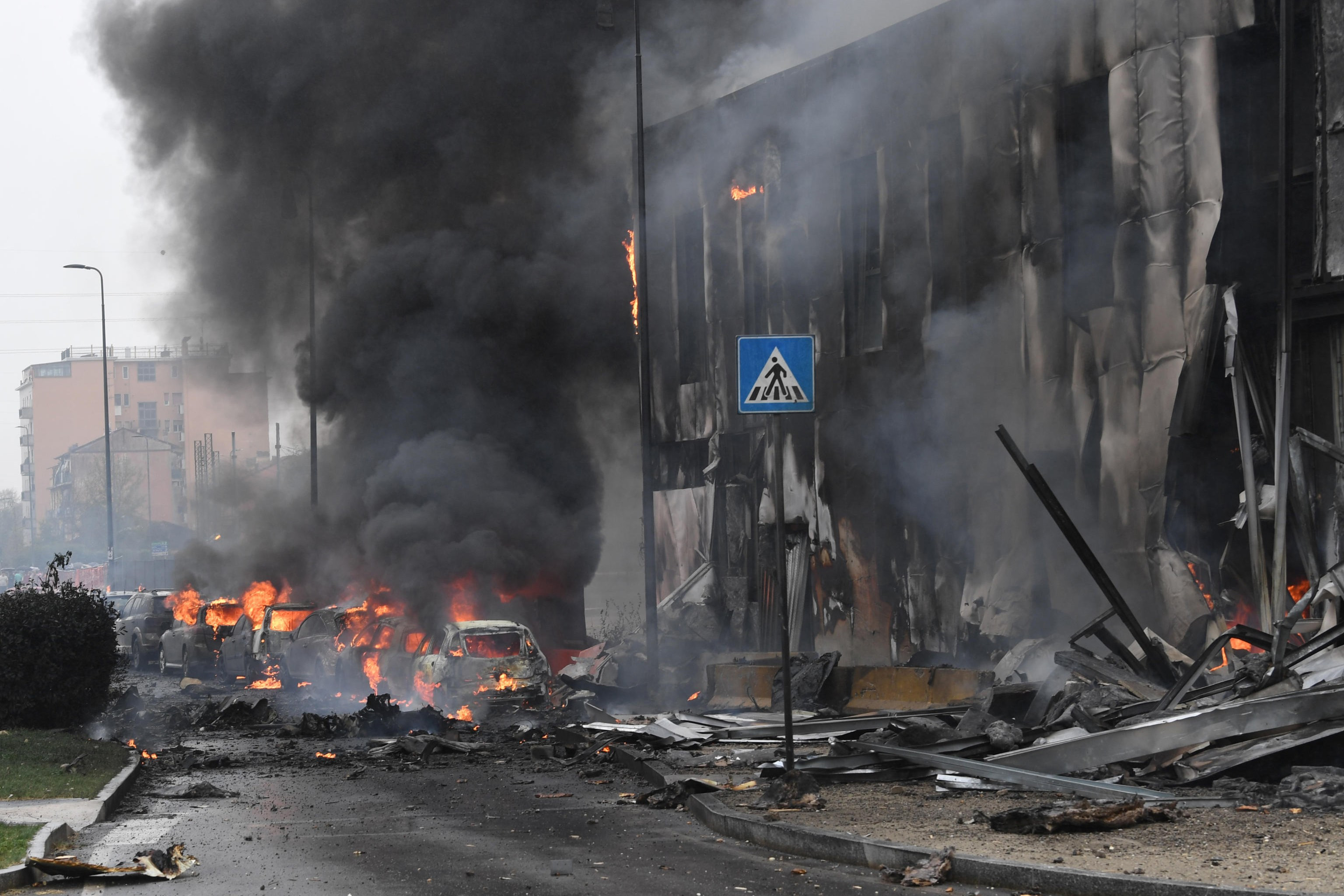 Emergency workers said several cars in a nearby parking lot were set ablaze, but the vehicles were unoccupied at the time.

The Pilatus PC-12 single engine plane took off from the main runway at Linate airport at 1.04pm local time but crashed 11 minutes later. Their plane was on its way to the island of Sardinia to visit Mr Petrescu’s 98-year-old mother at the family villa.

“The plane hit the building on the facade, with an extremely violent impact,” said Carlo Cardinali from Milan fire brigade. 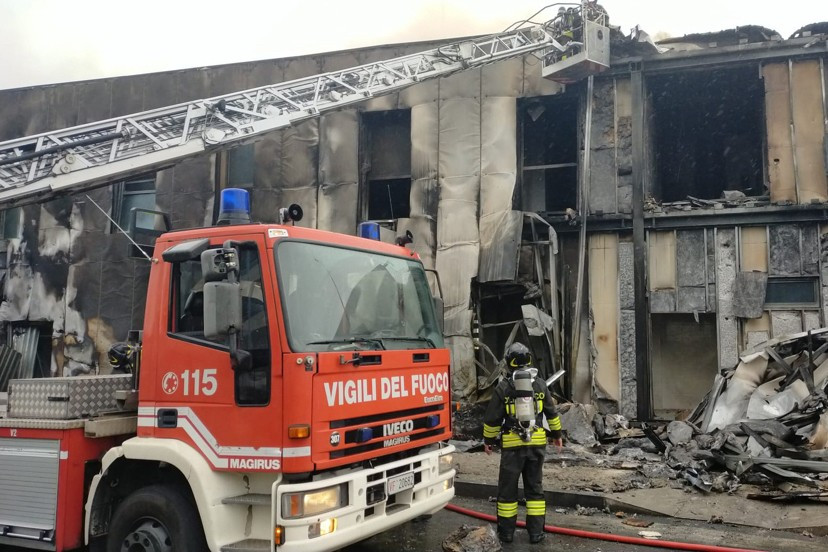 “The pilot made a turn, so he noticed some anomaly.”

Firefighters were extinguishing the flames of the now-charred building, which reportedly was under renovation. 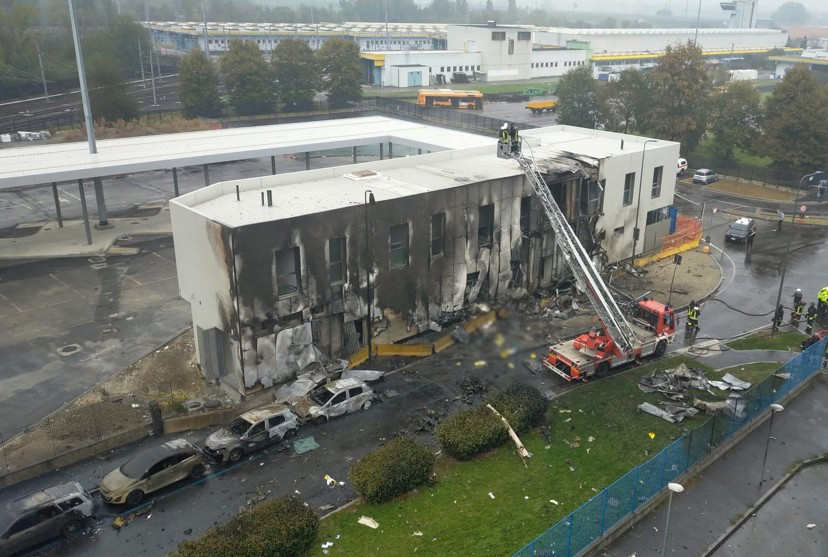 The plane’s black box has been recovered and prosecutors have opened an investigation.

Speaking at the scene, Milan prosecutor Tiziana Siciliano, said “there does not appear to have been an alarm launched from board”.

Follow Me!
“I’m finding this part of my life’s journey very difficult”...

Woman reveals she shares her husband with her mum and sister to keep him ha...
Scroll to top