Student of Royal childern international has been alleged of been rape, She’s 6-year-old girl and her family allege the culprit is a teacher at the child’s school. The child’s aunt took to Instagram to demand justice. She claimed a teacher at Royal Children International School in Asaba, Delta state, raped her niece and left her “badly injured and scattered down there”. 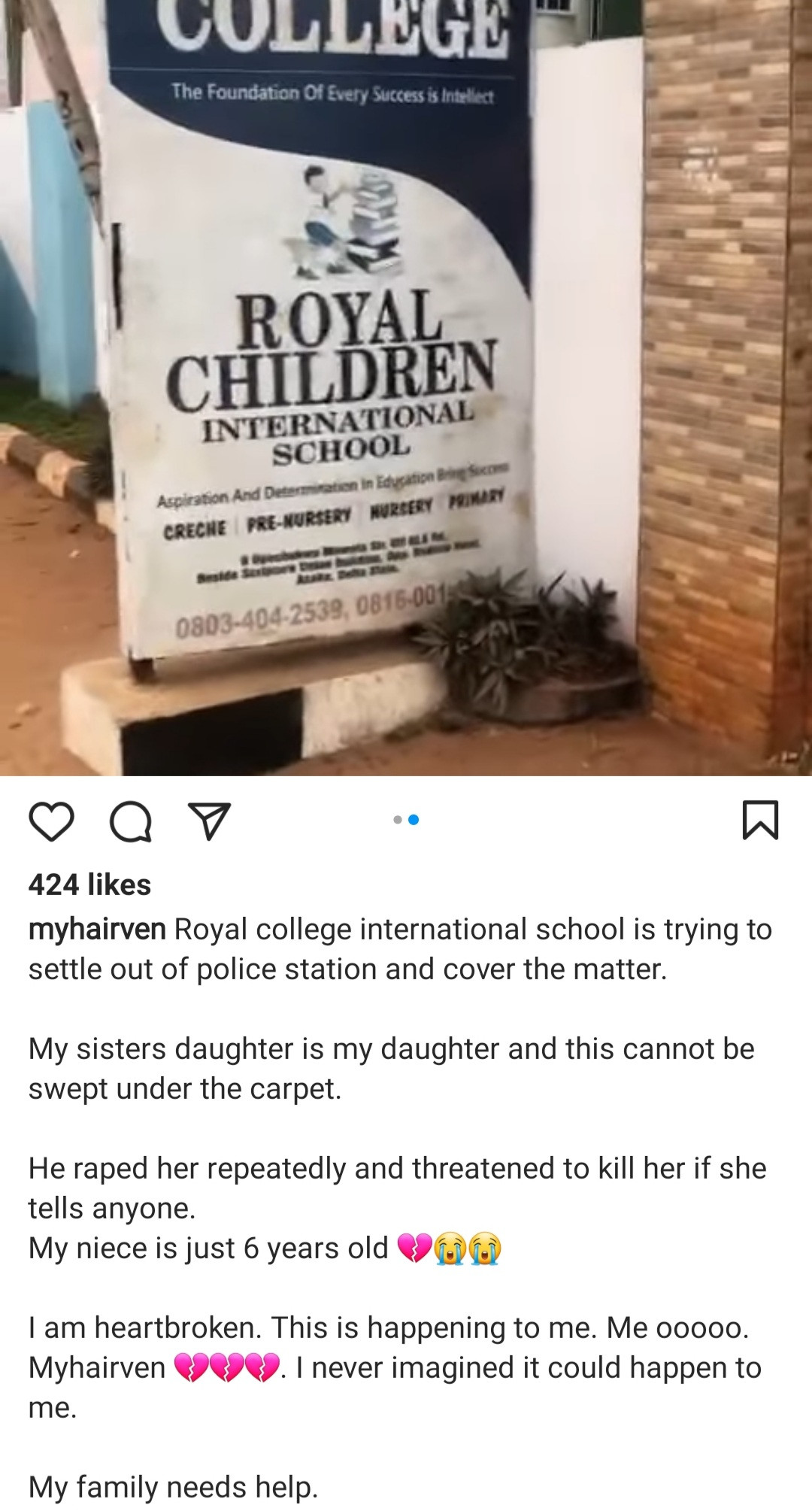 The school responded, calling the accusations “false and misleading”. The school added that they will “not hesitate to invoke the full wrath of the law over persons responsible in damaging the school reputation.” 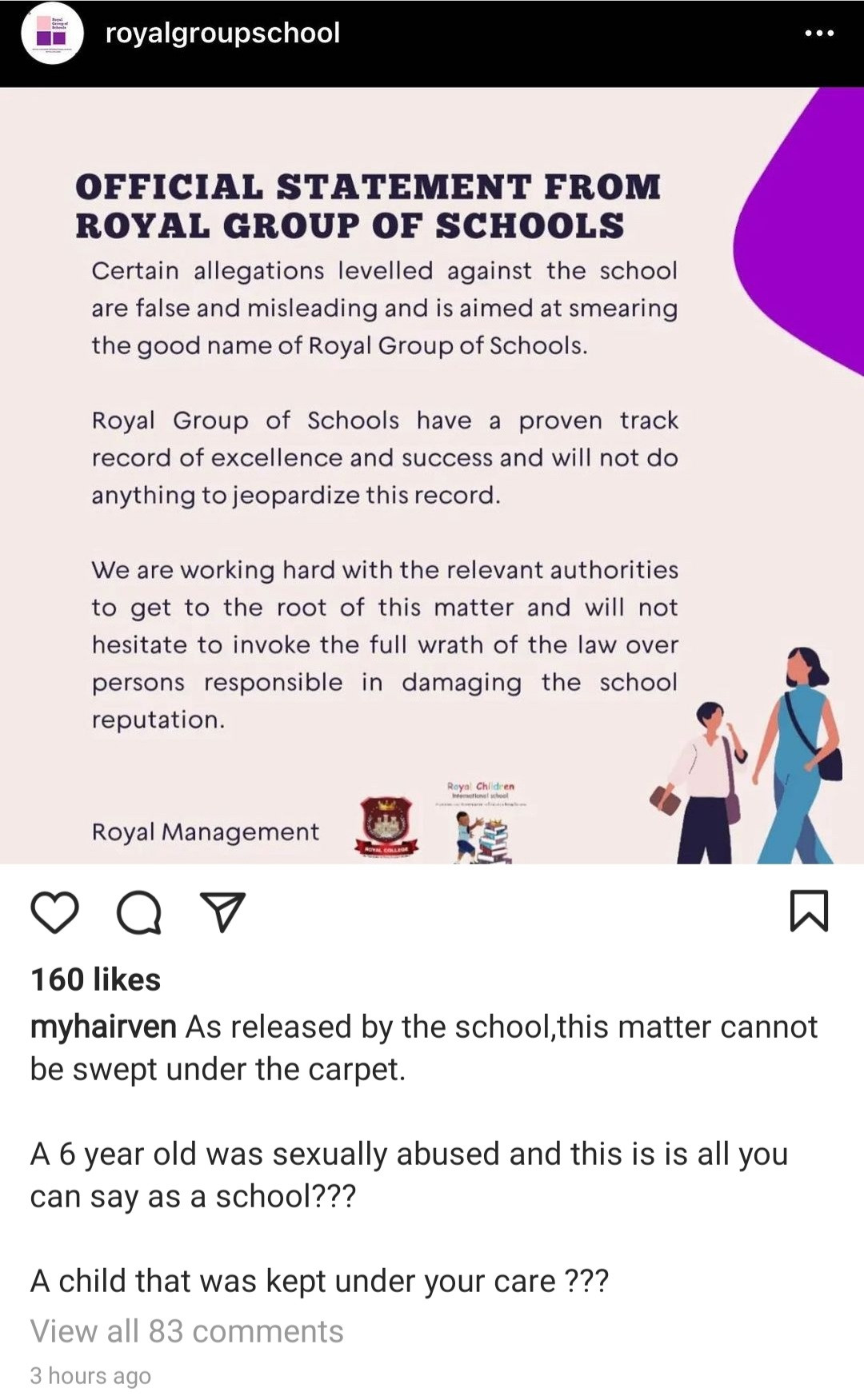 The statement from the school angered people, who said the school was more interested in threatening people into silence. The aunt of the victim shared the school’s statement as she criticized the tone of the statement. The aunt also revealed that she has been receiving threats for speaking out. She shared a message someone sent, warning her to stop speaking against the school. She added that she will not stop speaking until her niece gets justice. 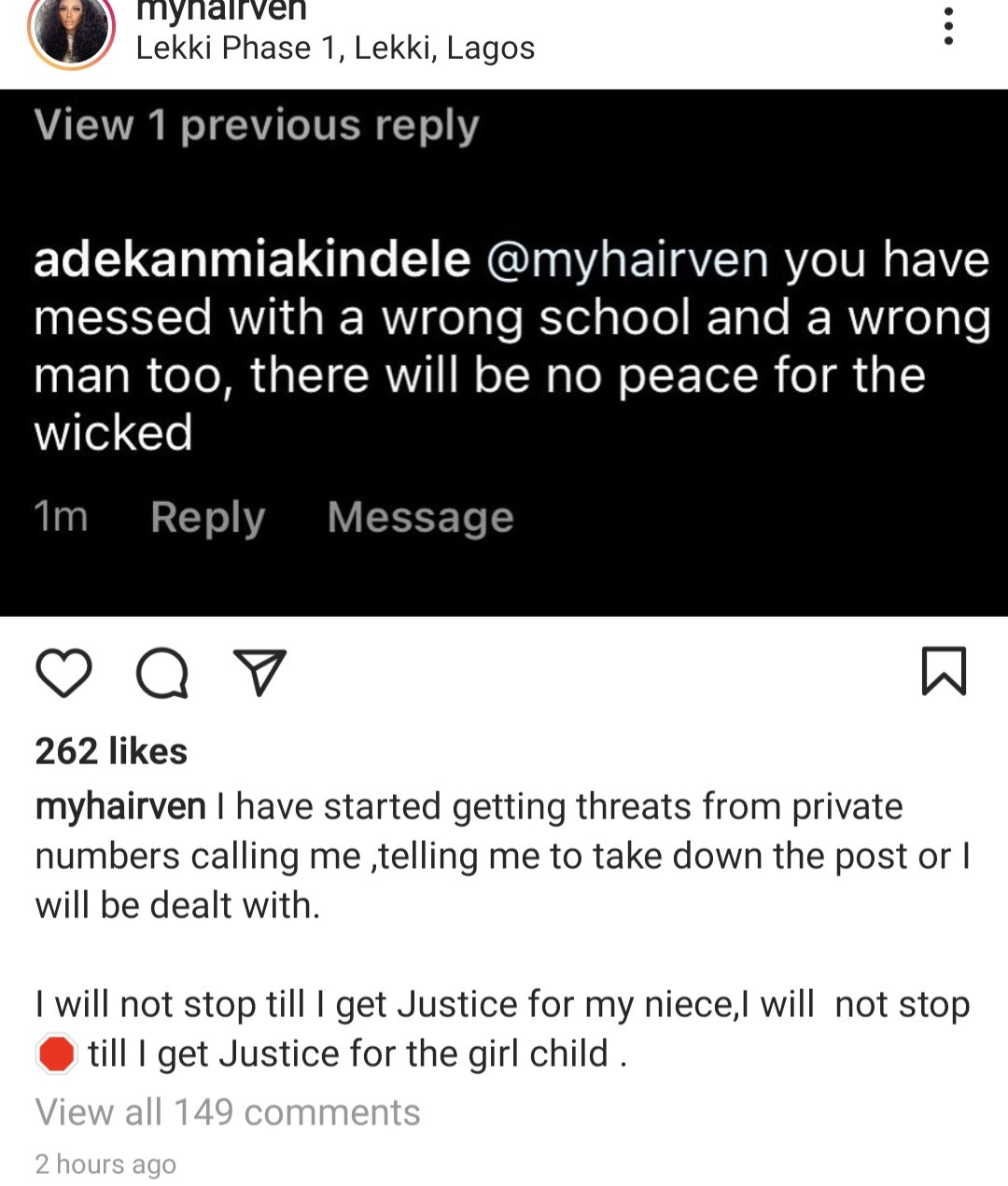