Kenyan socialite, Bridget Achieng has put up her son Sekani Rich’s Instagram account for sale, days after her nude videos and photos were leaked by a Nigerian friend. 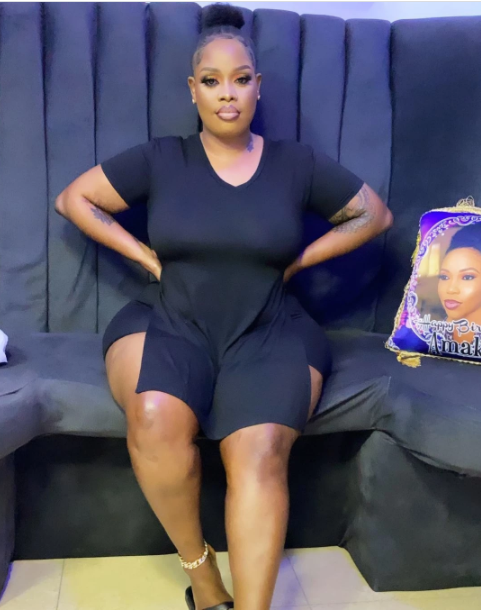 However offering an explanation on why she is putting up her son’s Instagram account for sale, Achieng said she doesn’t want to subject him to bullies. The former Nairobi Dairies actress made the disclosure via an Instastory post.

“Good Morning guys I have been going through a lot and it made think hard about a lot of things, like if, one day my son gets bullied the same way I have been, I will not be able to forgive myself that’s why I will protect him at all cost.

I don’t want him to blame me for bringing him to limelight and maybe he is destined for something else. When he is Old enough to decide for himself if he wants to be in social media, I will allow him to do so, until then he is not going to have an IG account, so guys am selling his Instagram account that is at33.8K followers. If interested send me a DM.” 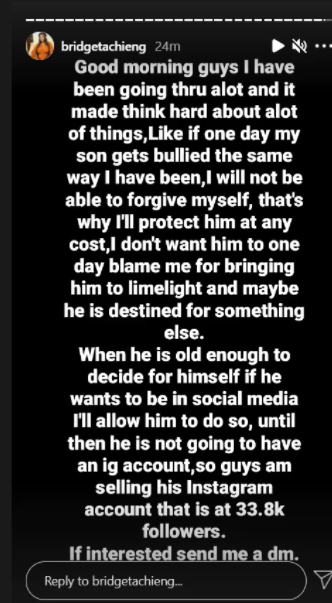 Follow Me!
Drama as married woman allegedly gets stuck to her lover during sex