A UK police officer has been convicted of the manslaughter of the former footballer Dalian Atkinson, after firing an electric stun gun into him for 33 seconds and kicking him twice in the head.

PC Benjamin Monk, of the West Mercia force, was convicted of the killing by a jury at Birmingham crown court. 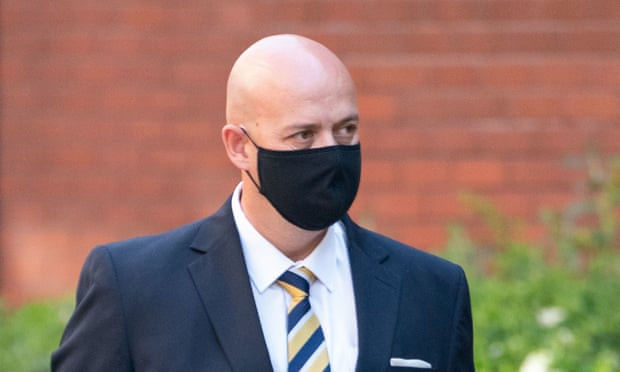 According to the Guardian, Monk was accused of lying in court about his account, and of kicking and stamping on Atkinson’s head while he was barely conscious on the ground.

Atkinson was kicked with such force his blood was found in the laces of Monk’s police-issue boots. 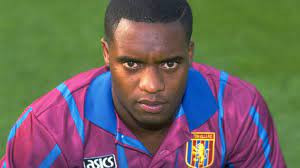 The jury reached its verdicts on Monk after 18 hours and 48 minutes of deliberation. They first acquitted him of murder, but then unanimously convicted him of manslaughter.

They are continuing to consider their verdicts on his co-accused, PC Mary Ellen Bettley-Smith, who denies actual bodily harm for striking Atkinson with a baton while he was on the ground.

Details of the unlawful violence the jury found Monk had used were only made public at trial almost five years after Atkinson’s death.

Atkinson, from Telford, Shropshire, was pronounced dead 70 minutes after the incident on 15 August 2016.

The former Aston Villa striker had gone to his childhood home in Meadow Close, which he had bought with the money he made from being a professional footballer, for his father Ernest. Shortly after 1.30am, a neighbour called the police because Atkinson, 48, was causing a disturbance.

In a statement after the verdict, the Atkinson family said: “We are hugely relieved that the whole country now knows the truth about how Dalian died.

“While it has been hard for us not to be able to talk about the details of Dalian’s death, it has been even harder to sit through this trial and to hear PC Monk try to justify the force he used.

“On the night he died, Dalian was vulnerable and unwell and needed medical attention. He instead received violence, and died with PC Monk’s boot lace prints bruised onto his forehead.

“We have been sickened to hear PC Monk try to minimise the force he used on Dalian and exaggerate the threat he posed. Fortunately, the jury has seen through the lies and the pretence. We would like to thank the jury members for all their hard work and attention.”

Atkinson achieved fame as a striker for Aston Villa, and also played for clubs in South Korea, Spain and Turkey. He retired from football in 2001.